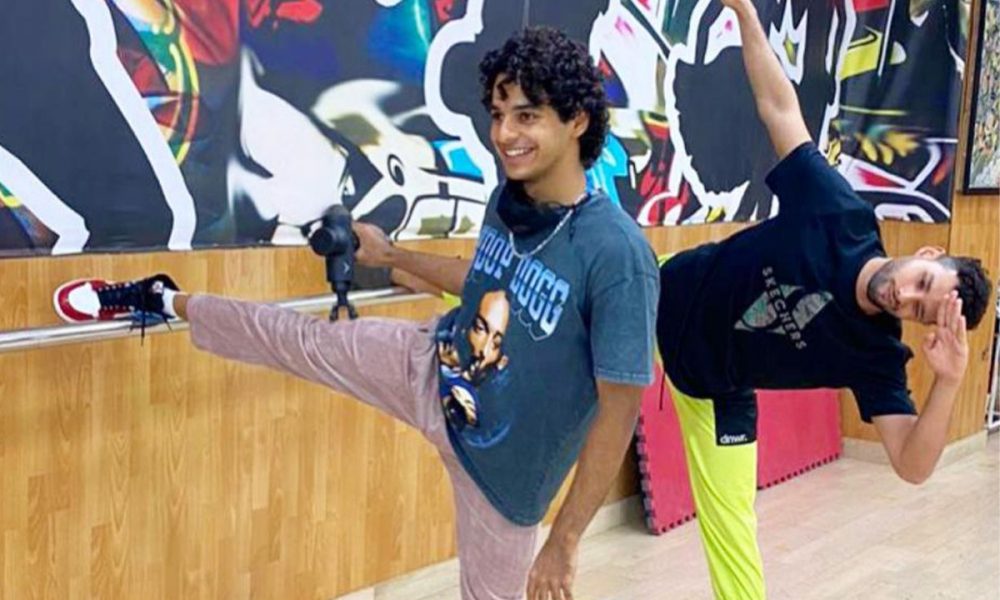 Both of them can be seen hanging on to a rod while posing for the picture with huge smiles on their face. Siddhant shared the picture on his social media and captioned it, “Call us! 📞 We’re just hanging around 👻”

Ishaan also shared pictures of the duo on his own Instagram and wrote, “Bhooting up’ bodies before showtime.
(chu) dial us anytime 🧟‍♀️”

Since their leading lady, Katrina Kaif was missing from all the action, Siddhant also added a story where he placed her digitally in the picture and earned a lot of laughs from his fans. The news of the trio collaborating for the horror-comedy ‘Phone Bhoot’ came out last year. The shooting for the same began in 2021 and will also release in the same year. The film is being produced by Farhan Akhtar and Ritesh Sidhwani’s Excel Entertainment. Mirzapur director Gurmeet Singh will be directing it.