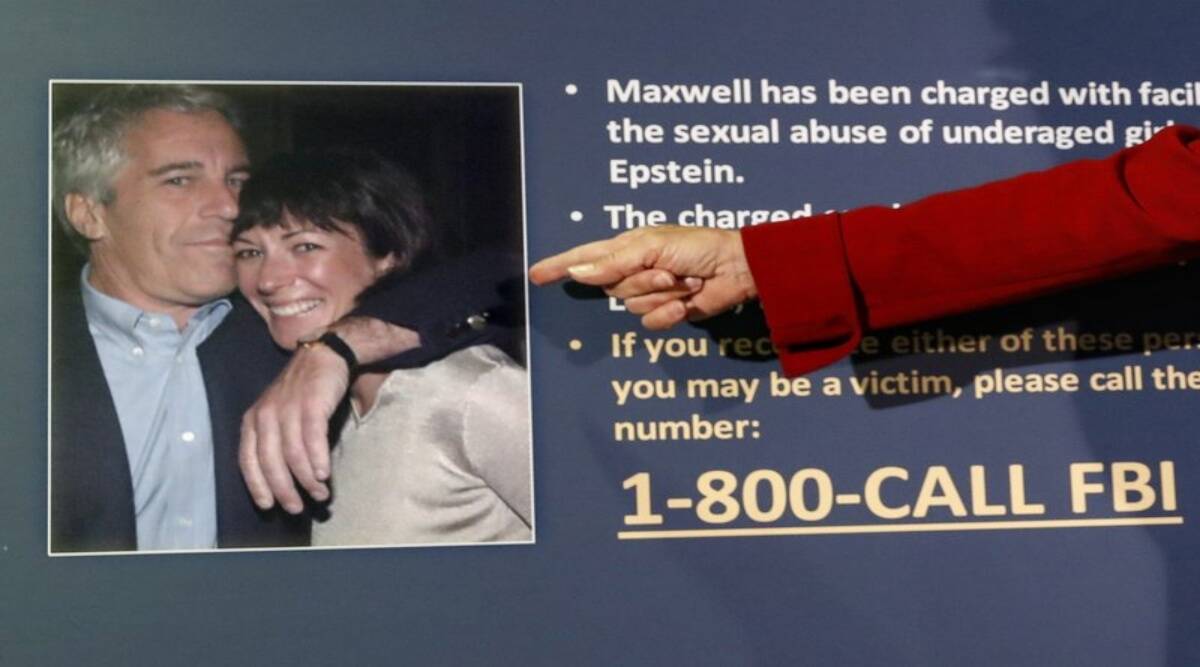 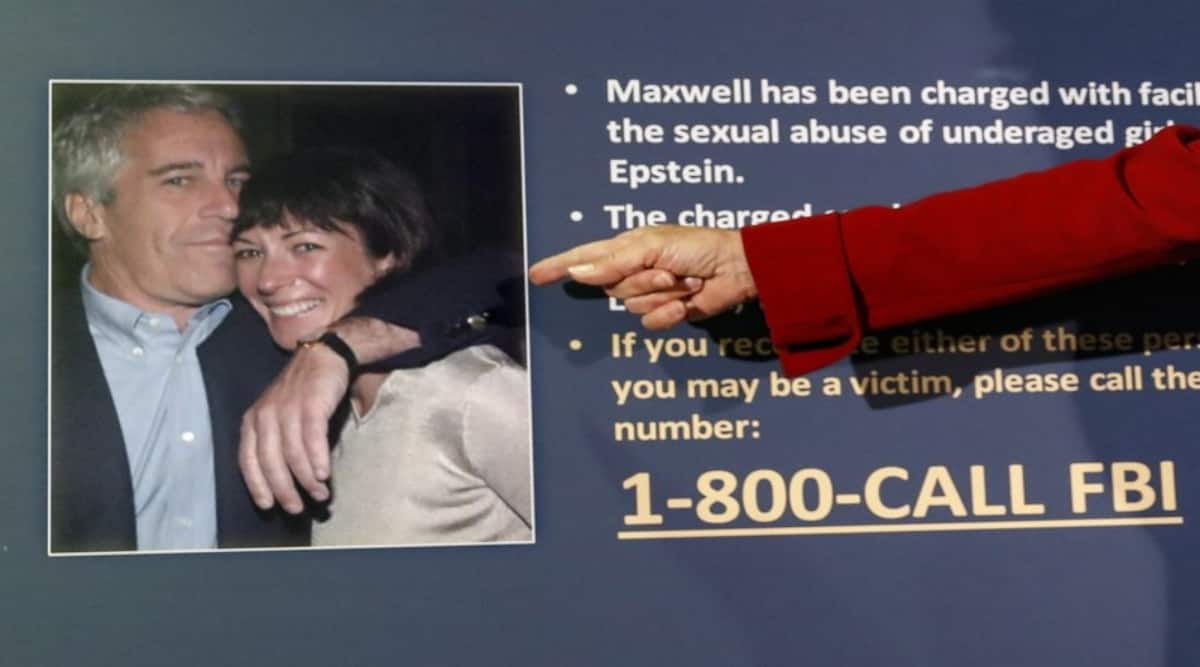 In this July 2, 2020, Audrey Strauss, acting United States Attorney for the Southern District of New York, points to a photo of Jeffrey Epstein and Ghislaine Maxwell during a news conference, in New York. Her trial is scheduled to begin in July 2021, and she faces up to 35 years in prison if convicted.(AP Photo/John Minchillo, File)

Ghislaine Maxwell, the British socialite facing criminal charges she helped procure girls for the late financier Jeffrey Epstein to sexually abuse, on Monday forcefully proclaimed her innocence and proposed a $28.5 million bail package in a renewed effort to be freed from a New York jail this year.

In a filing with the U.S. District Court in Manhattan, Maxwell also disclosed that she has been married since 2016, and with her husband would post a $22.5 million bond, mirroring their combined assets, to support her bail application.

Most of the remaining bail would be guaranteed by friends and family.

The filing also said Maxwell “vehemently maintains her innocence” and is not a flight risk, despite media that have “ruthlessly vilified her and prejudged her guilt” in far more articles than the comedian Bill Cosby and movie producer Harvey Weinstein got after their arrests.

“Ms. Maxwell is not the person the media has portrayed her to be, far from it,” the filing said. “Ms. Maxwell wants to stay in New York and have her day in court so that she can clear her name and return to her family.”

A spokesman for Acting U.S. Attorney Audrey Strauss in Manhattan declined to comment.

Maxwell, 58, has pleaded not guilty to helping Epstein recruit and groom underage girls as young as 14 to engage in illegal sexual acts in the mid-1990s, and not guilty to perjury for having denied involvement under oath.

Her trial is scheduled to begin in July 2021, and she faces up to 35 years in prison if convicted.

The judge denied bail on July 14, agreeing with prosecutors that Maxwell posed a substantial flight risk, citing her opaque finances and “sophistication” in hiding her wealth and herself.

Authorities arrested Maxwell on July 2 at her New Hampshire home, which prosecutors said she used as a hideout and concealed her identity to buy.

Maxwell has since July been held at the Metropolitan Detention Center in Brooklyn, where she was quarantined last month after a staff member tested positive for COVID-19.

Her lawyers said Maxwell has suffered weight and hair loss, been subjected to repeated and invasive searches, and lacks adequate protection from COVID-19, which now affects 80 inmates and staff.

Jail officials have said Maxwell’s health is good and that she is treated like other inmates.

In Monday’s filing, Maxwell proposed living under home confinement with an acquaintance in New York City, with 24-hour security and electronic monitoring.

The filing said Maxwell waived her extradition rights and therefore “could not seek refuge” in the United Kingdom and France, where she holds citizenships.

It also said the lack of “meaningful” new documentary evidence turned over by the government since her arrest “reinforces” Maxwell’s belief she was falsely accused.

Maxwell’s bail application was filed on Dec. 8, and parts of the version made public were blacked out.

Her lawyers have said this was done to preserve the safety of her husband, friends, family, and co-signers for her bonds, and that Maxwell herself has received online death threats.

In a letter to the judge, Maxwell’s husband said Maxwell had dropped from public view prior to her arrest for safety reasons amid “increasingly frightening” media interest.

Prosecutors have until Dec. 16 to respond to Maxwell’s bail application.

Epstein killed himself in a Manhattan jail in August 2019 while awaiting trial on sex trafficking charges.