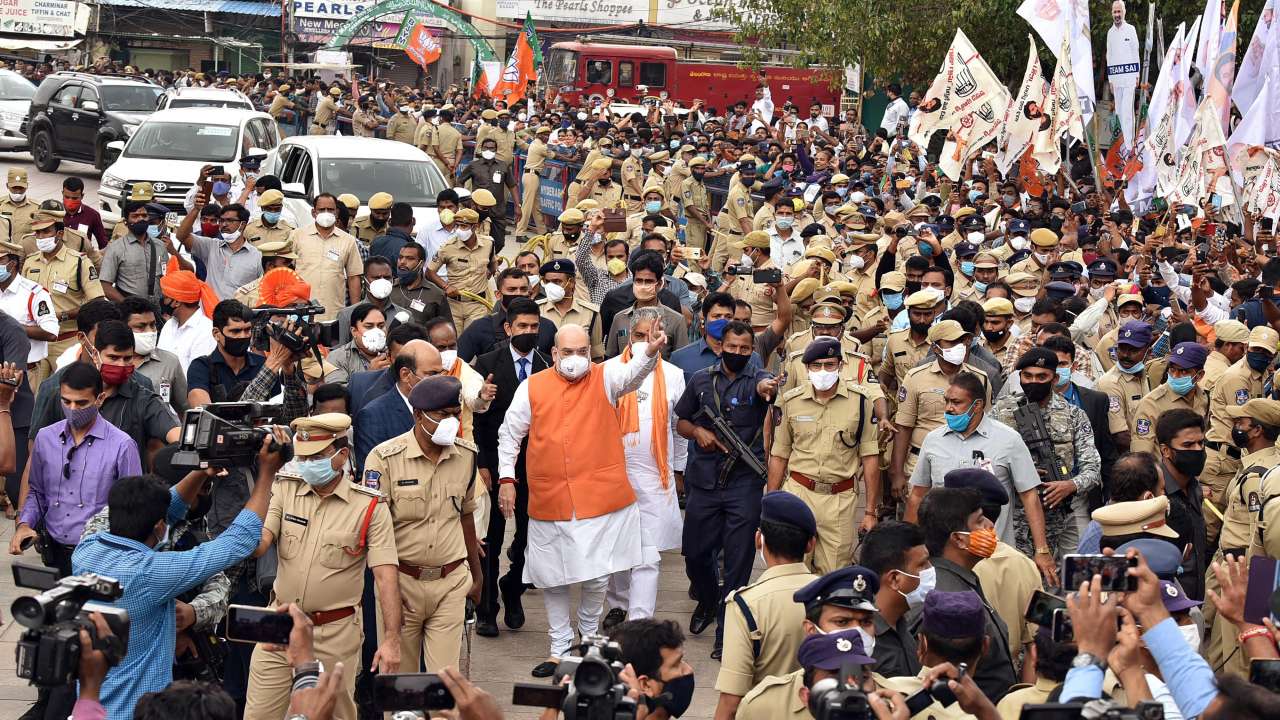 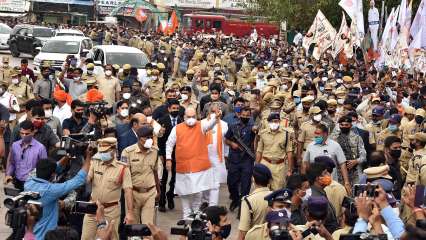 On his arrival, Shah was given a warm welcome by BJP leaders. Later, the Union Home Minister visited the Bhagyalakshmi Temple in Old City, Hyderabad to offer prayers ahead of the campaign.

Accompanied by top BJP leaders, Shah had ‘darshan’ at the temple and made his offerings amid chanting of hymns by the priests. The temple management committee felicitated him on the occasion.

After spending around 15 minutes in the temple, Shah waved and flashed victory signs at a large number of party workers who had gathered near Charminar.

Tight security arrangements were in place with the deployment of a large number of policemen, including personnel from central paramilitary forces.

The temple was decked up for Amit Shah’s visit. Hundreds of BJP workers carrying party flags gathered near the monument on the occasion. Supporters of actor Pawan Kalyan-led Jana Sena Party were also seen.

As the area is communally sensitive, the security agencies made special arrangements for Shah’s visit. Top officials supervised the arrangements to avert any untoward incident. Only selected BJP leaders were allowed into the barricaded area around the Charminar.

Shah will be addressing public programs today in Telangana and is also scheduled to attend a roadshow in Secunderabad.

In the last GHMC election, the Telangana Rashtra Samithi won in 99 wards. AIMIM bagged 44, with the remaining seven wards won by other parties and Independents.