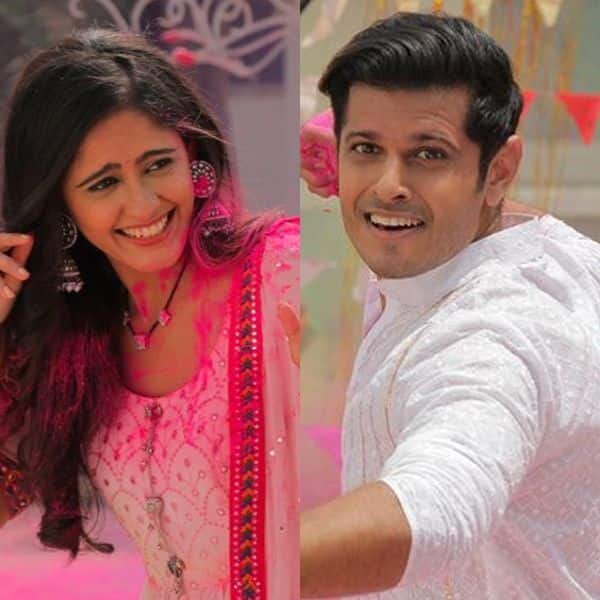 As you might be aware, Virat and Pakhi aka actors Neil Bhatt and Aishwarya Sharma had contracted Coronavirus and were self-quarantined in their respective houses. After recovering from the disease, both resumed shooting for their show, Ghum Hai Kisikey Pyaar Meiin recently. The makers have dropped a new Holi promo featuring the two actors and fans can’t keep calm. Have a look at the promo below: Also Read – REVEALED: What makes Anupamaa, Kundali Bhagya, Imlie, Ghum Hai Kisikey Pyaar Meiin, Yeh Rishta Kya Kehlata Hai a hit amongst the masses

Let the colours of Holi spread the message of love and happiness.
Star Plus wishes you and yours a very Happy Holi. Stay Home. Stay Safe.#NeilBhatt #AyeshaSingh pic.twitter.com/Qh3SUvNxzd

Just after the promo released, fans started talking about it. Have a look at some of the reactions. Also Read – Ghum Hai Kisikey Pyaar Meiin Spoiler Alert: Virat and Sai have an emotional chat over FaceTime

No l an not crying ?????????
Please this promo is ventilator for most of us Kitna tadapaaya hai humein ??#GhumHaiKisikeyPyaarMeiin #sairat pic.twitter.com/V6oFKufbbn

We don’t appreciate this scene much but the emotions conveyed here through eyes are >>>> words .
She is a baby who’s hurt while he’s hurt seeing her in pain ?????#GhumHaiKisikeyPyaarMeiin #sairat pic.twitter.com/v39PbicdG8

The producer of the show, Rajesh Ram Singh, had earlier spoken to ETimes about Neil testing positive. He had said, “Yes, it is true. Neil had mild symptoms since yesterday while we were shooting the Holi sequence in the show. However, as he told us, we immediately stalled the shoot and Neil got himself tested on Wednesday. Today the reports came positive and he informed us in the afternoon.” Also Read – TRP Report Week 11: Kundali Bhagya races ahead of Yeh Rishta Kya Kehlata Hai; fails to move Anupamaa from 1st position

He had added, “Currently, Neil is receiving medical attention and under home quarantine. We are constantly in touch with the entire team as their health is our priority. Even though we have a bank of episodes, they are not enough to handle Neil’s absence. While we will resume the shoot soon after all the actors are tested, we are working on a parallel track for the show. The Holi sequence has been put on hold at the moment.”