Home TechnologyTech News GitHub still won’t explain if it fired someone for saying “Nazi,” and employees are pissed

GitHub still won’t explain if it fired someone for saying “Nazi,” and employees are pissed 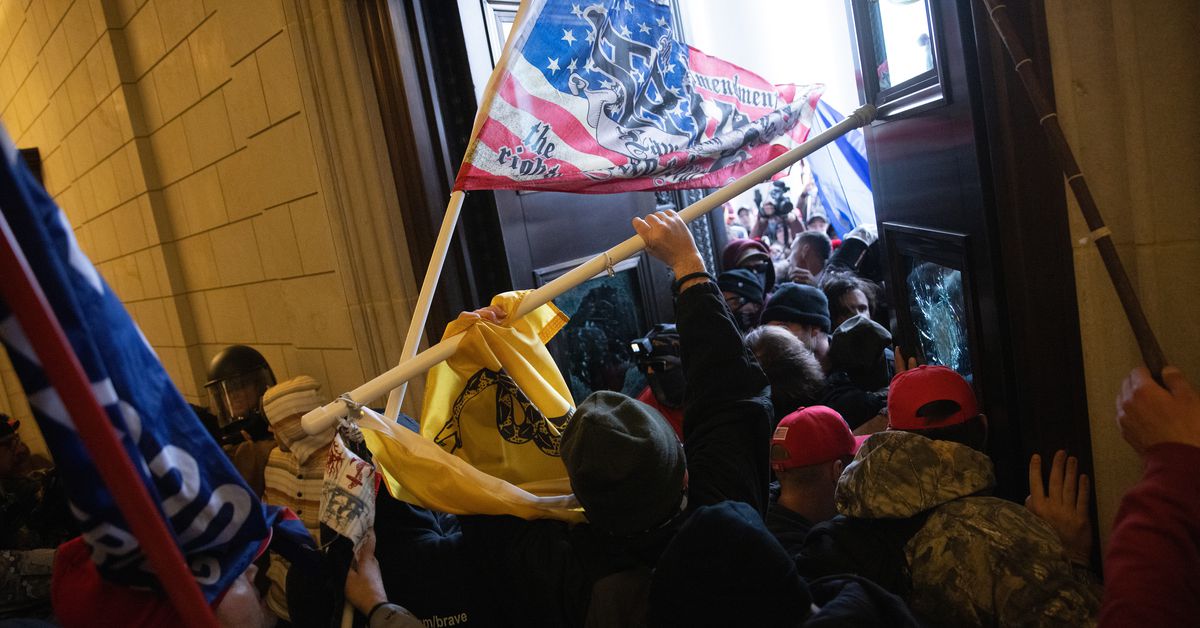 GitHub employees are protesting the firing of a Jewish colleague who was let go two days after he warned co-workers in Washington, DC to stay safe from Nazis.

The employee was chastised for using divisive language, according to news first reported by Business Insider. Now, GitHub workers are saying “Nazi” repeatedly in Slack, in regards to the US Capitol rioters, to protest what is being perceived as unfair treatment.

“Others have already said so, but I just want to say it explicitly myself – I think that nazis were present at some protests on Jan 6, and that it’s very scary to see those ideas on display,” wrote one senior engineer in a 390-person Slack channel called #inclusion-belonging. “100% Nazis were there, and 1000000000% Nazis are scary as fuck and do not belong anywhere. PARTICULARLY AT GitHub!” replied another.

Another GitHub employee documented roughly 50 times the word “Nazi” was used in Slack prior to the events on January 6th. Employees often talk about politics, and some engineers have made Nazi jokes in the past. In a Slack message from 2014, one staffer wrote that “nazis gave the jews free healthcare.” He still works at GitHub today.

The current conflict began the day of the riots in Washington, DC when a Jewish employee told co-workers: “stay safe homies, nazis are about.” Some colleagues took offense to the language, although neo-Nazi organizations were, in fact, present at the riots. One engineer responded: “This is untasteful conduct for workplace [in my opinion], people have the right to protest period.”

The conversation escalated, with colleagues jumping in to defend both sides, until the VP of engineering shut it down. “Ok, this is enough…This is not an appropriate conversation and we don’t need to be treating each other this way,” the VP said. “Y’all can agree to disagree but we don’t need to cause more division.” The VP then asked the Jewish employee to “chat.”

Two days later, he was fired. The company reportedly cited vague “patterns of behavior” as the reason for his termination.

After the firing was reported publicly, GitHub attempted to handle the controversy internally. Earlier this week, the company hosted an “empathy circle” to “build understanding with members of the team on things that affect us.” It did not go over well with employees. “um.. this empathy circle sounds like the state propoganda i grew up with,” one employee said, with an emoji of the Chinese flag. “Im outta here.” Another employee responded, “I’m having a hard time focusing on this language haha.” The first employee added, “The poc channel is liit…apparently the circle sounds akin to nazi apologists and ‘all lives matter’ type of bs.. glad i left early.”

Roughly 200 of GitHub’s 1,700 employees (which GitHub calls “hubbers”) have signed an open letter asking for clarity around the Jewish worker’s termination. “The clear insinuation is that a Jewish Hubber was fired for calling a group of people (that included Neo-Nazi white supremacists) ‘Nazis,’” they wrote. “Because of this, Hubbers no longer feel they can speak up against racism or hatred against protected characteristics like their religion.”

GitHub CEO Nat Friedman responded, saying he was appalled at the violence in Washington, DC and would be investigating the termination of the Jewish employee.

The company has not yet told employees why the Jewish worker was fired. GitHub COO Erica Brescia responded to his original Slack thread saying: “This has been a tough week. We are listening and understand people are concerned. Many across the leadership team have spent time today with Hubbers who have had questions and concerns about this separation. Separating with an employee isn’t easy for anyone. When we do separate we want to protect and employee’s privacy so we do not provide details regarding separations.”

To employees, the comment fell flat. “This is a deeply unsatisfying response,” one wrote. “And it makes me feel sick to my stomach. It seems that GitHub chose to fire a Jewish employee for either accurately labeling the (literal, verifiable) Nazis at the Capitol as Nazis; or that they were fired for expressing a religious sentiment. I don’t see how either of those comport with GitHub’s values. I respect the privacy of departed employees, but there simply must be something else that can be said as to why this isn’t as bad as it looks.”

Apparently, there was not.

In response to a request for comment from The Verge, a GitHub spokesperson said: “We take all complaints of this nature very seriously. We are actively investigating the situation.”