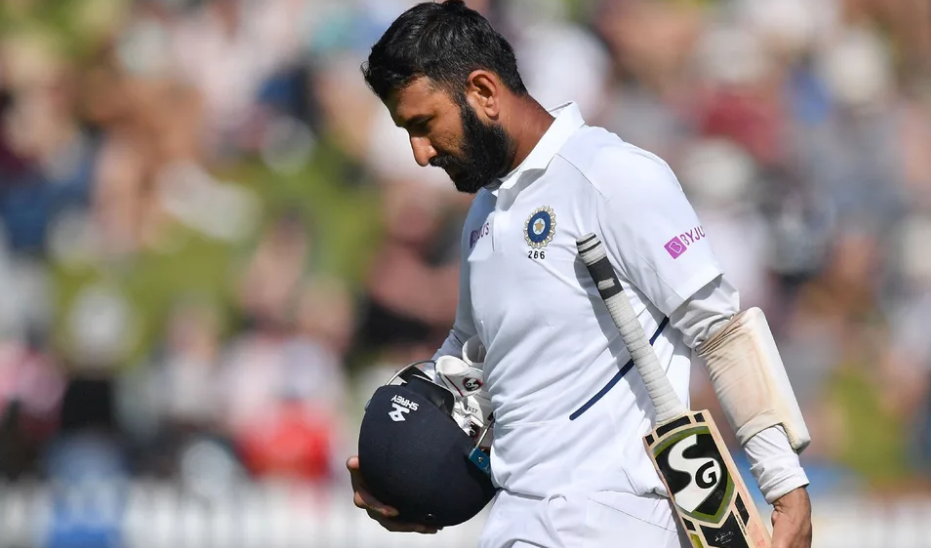 Former Australian pacer Glenn McGrath seems to have identified the weakness in Cheteshwar Pujara‘s style of Test match batting. He was dismissed on the morning of the third day by Josh Hazelwood after getting another start. He was the first Indian wicket to fall as Hazelwood got him caught at slips. The ball was bowled just outside the off-stump line and just straightened from there to take the outside edge of Pujara’s bat and nestled into Tim Paine’s gloves.

Meanwhile, McGrath seems to have identified the weakness of Cheteshwar Pujara in this particular series. He has scored 215 runs from seven innings in this series so far with two fifties. Pat Cummins has had the wood over Pujara, dismissing him 4 times while Hazlewood has got him twice with similar lines and lengths.

“Pujara is getting out in similar ways but they are all very good deliveries. They will probably get a lot of right-handers out. They are all around the off-stump,” McGrath told Sony Six as he started analysing the reason behind Pujara’s dismissals in the series so far.

He further said that bowling just outside the off-stump channel will not make Chesteshwar Pujara go for runs. While he might fall to a delivery that might just do a bit more from the same spot.

“He is (allowing bowlers to bowl there consistently). He is not going to hurt you. If you bowl there, he is not going to score runs. So you can just sit there all day and he will just bat all day and he won’t hurt you. And one just does a bit more and he will be out. The bowlers have to be consistent and have to be patient and get that ball in that right area,” he added.

McGrath further said that the Australian bowlers spoke about having particular plans for Cheteshwar Pujara and they have been successful so far.

“I think the Australian team has identified that. They said at the start of the series, that they had plans for Pujara and that back hip comes around, you do square up and probably make those balls look better than they are and I think they have identified something and they have been able to execute the plans and they have got the result they wanted.”

Cheteshwar Pujara was one of the big reasons behind India’s Test series win in Australia last time around. He batted more than 1000 deliveries and scored 521 runs, including 3 double hundreds.