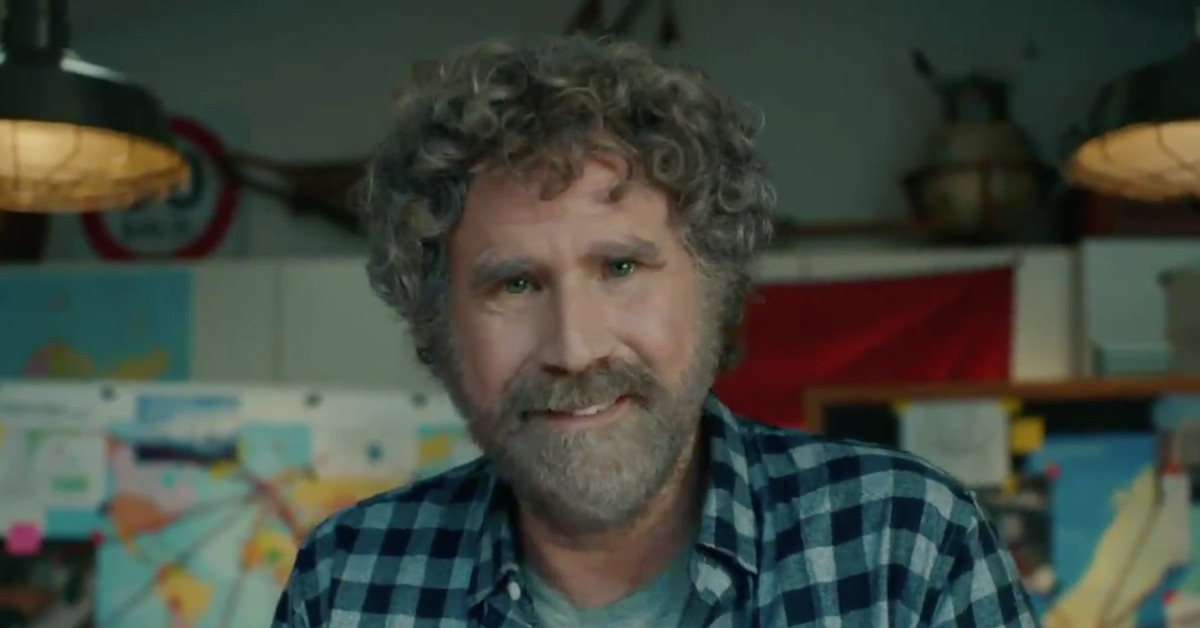 When the Kansas City Chiefs face off against the Tampa Bay Buccaneers on Sunday, a new Super Bowl ad will highlight a slightly more obscure rivalry: the race between the US and Norway to dominate electric vehicle sales.

“We’re going to crush those lugers — crush them!” Will Ferrell yells while driving an electric Cadillac in the new ad from General Motors, which it released via Twitter on February 3.

The 90-second ad is the latest sign that EVs are going mainstream in the US. In it, an EV-obsessed, disheveled Will Ferrell convinces fellow comedians Kenan Thompson and Awkwafina to drive GM electric vehicles with him to Norway on a quest to prove that America is the real top dog in EV production. After a nauseating cargo ship ride, we find Ferrell stuck in Sweden. Meanwhile, Awkwafina and Thompson are lost in a Finnish forest, where a reindeer curiously eyes their electric Hummer. But the ad closes resolutely: “We’re coming, Norway.”

It will likely cost the automaker upward of $10 million to run the ad on Sunday, and it follows GM’s announcement that it aspires to eliminate tailpipe emissions from all its new light-duty vehicles by 2035. Transportation is the largest source of US greenhouse gas emissions, so this commitment from the country’s largest car manufacturer represents a new level of corporate ambition to bring down these emissions.

But the concerns of Will Ferrell’s character — who furrows his brow in incredulity — are valid: The US indeed lags way behind Norway in EV sales. International Energy Agency data shows that Norway surged past the rest of the world, with a 56 percent EV market share for sales in 2019 while they were just 2 percent in the US.

And some environmental advocates pointed out the hypocrisy of a GM ad expressing any surprise at the state of US EV adoption, given the company’s history.

GM has itself to blame, in part, advocates say, for the US trailing Norway in EV market share after decades of lobbying against government efforts to rein in emissions and gas consumption.

GM’s embrace of electric vehicles is a major about-face from four years ago. According to the New York Times, the company’s CEO, Mary Barra, met with President Trump soon after he took office and requested that he undo President Obama’s CAFE fuel economy standards — regulations that would have required the auto giant’s new vehicles to reach 54.5 miles per gallon by 2026. Trump’s watered-down regulations mean new US cars will only need to reach 40 miles per gallon. The research firm Rhodium Group calculated that Trump’s deregulation moves in the transportation sector were the most damaging rollbacks for carbon emissions during his administration.

But GM’s efforts to undermine climate action started well before Trump’s presidency. In an investigation for E&E News published last October, Maxine Joselow uncovered the company’s early knowledge of the risks stemming from their business. In the 1960s and ’70s, GM scientists found evidence that burning fossil fuels contributed to global warming, and they reported the findings to GM executives. But the company stuck to its gas-guzzling business model — its cars’ gas mileage only improved slightly from 1985 to 2009, according to Joselow’s analysis of Environmental Protection Agency data.

The company also lobbied against early efforts to mitigate climate change. After NASA scientist James Hansen famously testified to Congress about the human causes of climate change in 1988, GM and other fossil fuel–dependent companies tried to undermine the science through PR campaigns, Joselow reported. The company also campaigned against the US joining global climate agreements to reduce emissions in the 1990s.

GM’s new EV ad is entertaining for sure. But it also:

A turning point for GM and the American auto industry?

Alongside this dark history of undermining policy that would transition the auto industry to clean technology, GM was also dabbling in EVs, with touch-and-go results. It actually released its first electric vehicle, the EV1, in 1996, but it was a short-lived, small-scale effort. More recently, starting in 2016, GM’s Chevrolet division has offered its only electric vehicle, the Bolt. But GM now seems ready to rapidly accelerate its EV rollout, at least if the monomaniacal Will Ferrell ad has anything to do with it.

GM’s U-turn seems to be in part because the market has forced its hand. As the New York Times reported, two giant auto markets — China and California — have committed to 100 percent EV (including hybrids in China’s case) sales by 2035. President Joe Biden has also said the US will phase out internal combustion engine vehicles, although he hasn’t set a date yet.

Since Biden’s election, GM has stepped back from its efforts to delay climate regulation. In late November, GM announced that it would stop trying to prevent California from setting its own fuel efficiency standards. On Tuesday, other major automakers announced they would join GM in backing out of the lawsuit against California, signaling their willingness to cooperate with Biden.

The Biden administration is now racing to scrap Trump’s loose fuel economy standards and replace them with stricter regulations that will set the country on a path to 100 percent zero-emission vehicles. These new rules are expected to be proposed by the EPA and the Transportation Department in the coming months. Will GM work with the Biden administration to actively pursue higher standards with Will Ferrell’s Norway-crushing fervor?

“We’re coming, Norway,” the company claims — we’ll see if they finally make it.

RELATED:  Brian Urquhart, Troubleshooter for the U.N., Dies at 101