Goa’s zilla panchayat polls were the first elections in the coastal state since March, when the COVID-19 pandemic began 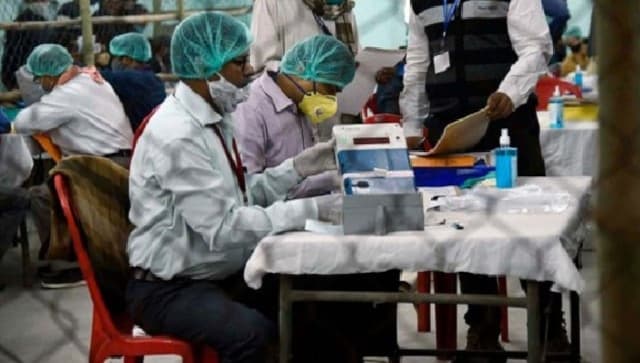 Counting of votes for the Goa zilla panchayat elections is underway at 15 notified centres across the state.

The results of the election held in 48 constituencies on Saturday will be declared today.

The state saw a voter turnout of 56.82 percent voter.

There was 58.43 percent voting in North Goa as opposed to 55 percent in South Goa district, the Goa State Election Commission (SEC) said.

In Sancoale, the BJP candidate has won unopposed, while the polling in Navelim in south Goa was cancelled due to the death of a candidate.

Goa’s zilla panchayat polls were the first elections in the coastal state since March, when the COVID-19

As per Hindustan Times, the BJP fielded 43 candidates in the 48 seats, the Congress fielded 38 candidates, both AAP and Maharashtrawadi Gomantak Party fielded 17 candidates each while 79 candidates contested as Independent.

The polls were initially slated to occur on 22 March.

Campaigning had concluded when Prime Minister Narendra Modi announced the Janta curfew which was followed by the lockdown, thus forcing the Goa government to postpone the polls.