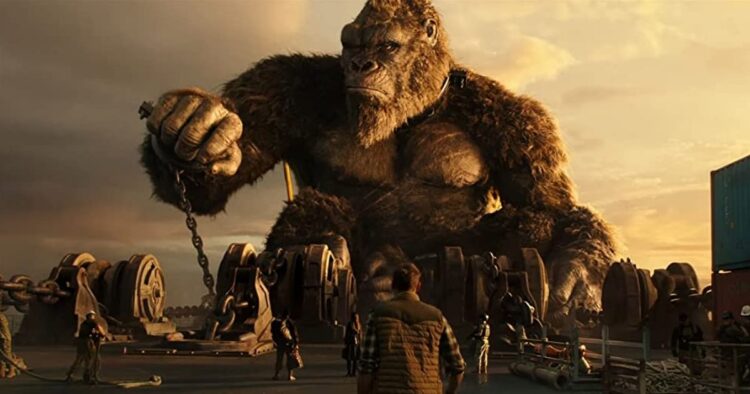 For the first time ever, Saturday showed the kind of jump which used to be a hallmark for film releases on the pre-pandemic era. Back then; a film that was liked went on to grow around 50% from Friday to Saturday and this is exactly what happened for Godzilla vs Kong as well. The Hollywood action film grew in this range as after collecting 4.22 crores on Friday, it went on to collect 6.42 crores on Saturday.

With this, the film now stands at 22.44 crores, though one waits to see how do numbers turn out to be. Last week, Mumbai Saga showed a good jump on Sunday and that despite the fact that the collections weren’t really going anywhere. Now it has to be seen whether South comes in full force today because that would be the key for collections coming in the vicinity of around 8 crores today.

If that doesn’t happen then that would mean that Godzilla vs Kong is playing to its best capacity currently since the opening day (Wednesday) was 6.40 crores.

In a regular scenario, Godzilla vs Kong may have found huge numbers in the North and Central belt since it has released on IMAX and 4DX version and such properties contribute hugely to the total. However, with not much penetration beyond the South, those who have invested in the film would be ruing the fact that they aren’t able to earn optimally despite target audiences available, but not willing, for the experience.