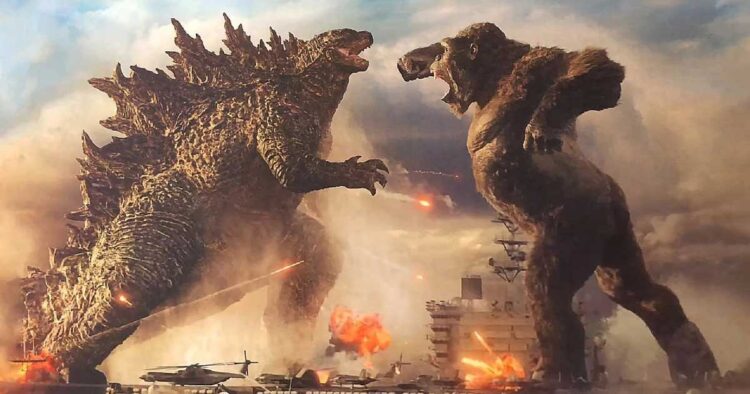 Godzilla vs Kong Box Office: It is marching well towards the 40 crores mark after an extended week, what with Wednesday (its eight-day) staying on to be over the 2 crores mark. The film collected 2.25 crores* more which is a reasonable drop after Tuesday brought in 2.73 crores.

With this, the Hollywood VFX laden action entertainer has accumulated 37.88 crores*. Before the release of the film, no one was expecting anywhere close to this being its lifetime total but then it has surprised big time by bringing in as much in mere 8 days.

There is a lot more to come for the film in the coming weeks as well since the next big Bollywood arrival is Thalaivi and that is releasing on 23rd April. Chehre could have been a competition a week after but its moving ahead means that numbers would keep trickling in for Godzilla vs Kong.

While a 50 crores lifetime is a given for Godzilla vs Kong, one waits to see how much further does it go from here. After Master, this is clearly the second biggest hit in theatres post pandemic.

Must Read: Amy Schumer Took To Social Media Informing Fans That Her Father Is Hospitalized