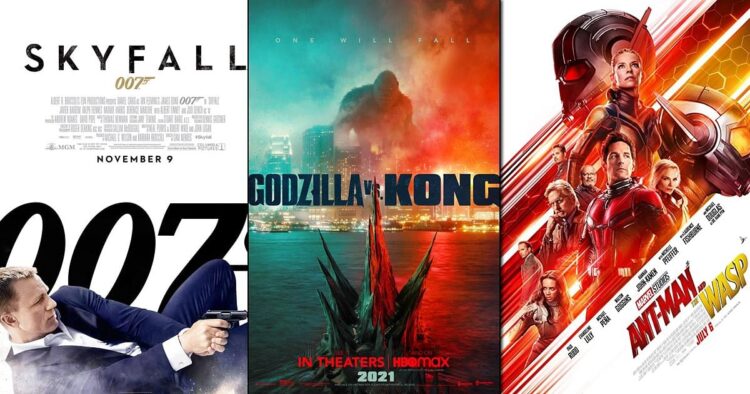 Godzilla vs Kong is doing extremely well at the Indian box office. The film has exceeded all the expectations. In our Box Office Review, our in-house reviewer predicted a very optimistic 50 crores lifetime business of the film in India. He wrote, “The Warner Bros’ Monster Film has good chances to be 1st Hollywood film to touch 50 crores mark in India post lockdown.”

Now, it seems the mark is going to be surpassed quite comfortably thanks to the film’s excellent performance in South India.

After scoring 6.40 crores on Wednesday, the film remained steady on Thursday & Friday by collecting 5.40 crores and 4.22 crores. It jumped on Saturday and Sunday to collect 6.42 crores and 6.52 crores more. The extended weekend total of the film was 28.96 crores which made it by far the highest-grossing Hollywood film in India post lockdown.

The film remained steady on Monday as well thanks to the Holi benefit. With earnings of 3.94 crores, the total so far has reached a cool 32.90 crores. Although the film is still far from the 50 crores mark, it won’t take much time for the film to get there, it seems.

Meanwhile, Godzilla vs Kong has made a place among the highest-grossing Hollywood films of all time in India. With the kind of business, it has done so far, the film has crossed Skyfall, (30 crores), Ant-Man And The Wasp (30.60 crores) and is all set to surpass The Dark Knight Rises (33 crores). Currently, it stands as the 36th highest-grossing Hollywood film of all time in India and will soon cross the likes of Batman v Superman: Dawn of Justice (40 crores), Frozen 2 (44 crores), Iron Man 3 (50.50 crores) and more to come in Top 25.

What are your thoughts on this?

Godzilla vs Kong is directed by Adam Wingard. It features Alexander Skarsgård, Millie Bobby Brown and Rebecca Hall in the lead roles. In the US, the film will have a hybrid release. It will hit the cinemas on March 31 and will have a simultaneous release on HBO Max.

Must Read: Celine Dion Birthday Special: From A Private Jet To A Golf Course & Shoes Worth Millions, A Look At The Singer’s Most Expensive Purchases