Home Business Gold may move up if bond yields fall, inflation in US rises; here’s what charts suggest for MCX gold in FY22

Gold may move up if bond yields fall, inflation in US rises; here’s what charts suggest for MCX gold in FY22 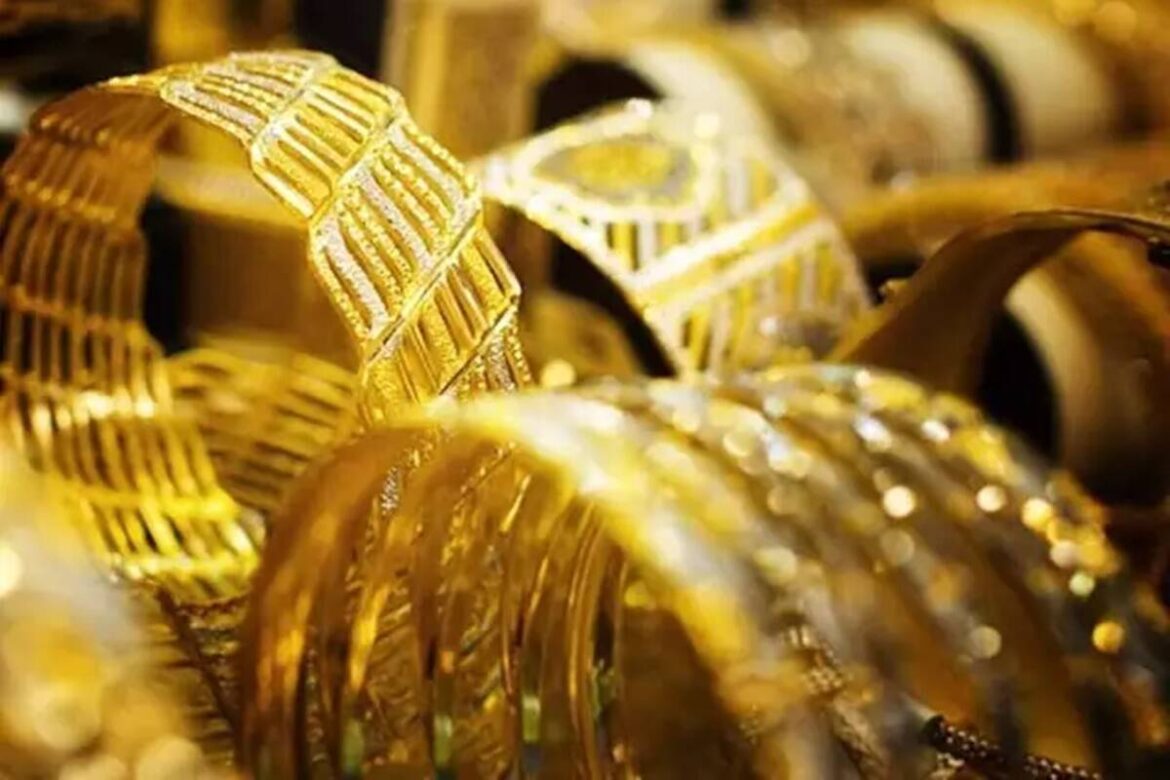 The Geopolitical Risk Indicator fell from 2 levels to 0.83 levels, on account of news of successful Covid vaccination

Precious metals, particularly gold, are highly influenced by the incidence and intensity of geopolitical instability. That being so, after touching a low in 2016, gold has witnessed a relatively steady run up between 2017 and March 2020 due to a series of geopolitical tensions around the world. These included North Korean threats, the US-China trade war, sanctions on Iran, Brexit and others.

During FY2021, a year when the impact of the Covid19 pandemic threatened to shatter global economies and take an unprecedented toll on human health, gold prices skyrocketed from under $1500 per oz in March 2020 to a record high of over $2000 per oz in early August 2020. Beyond the sentiment of uncertainty triggered by the pandemic, gold price rises were fuelled by a combination of low global Interest rates and inflation inching up, quantitative easing and augmented government borrowing programmes.

Then came the fall in gold prices on account of various factors. To begin with, by the second week of August 2020, there was a cooling down in geo-political tensions. The Geopolitical Risk Indicator fell from 2 levels to 0.83 levels, on account of news of successful Covid vaccination and expectations that there would be better bilateral relationships between the US and China, Iran and other countries. Side by side, central bank purchase of gold – especially in Russia – began to drop with the fall in crude oil prices. All these factors led to a fall in gold prices globally.

Domestically, gold prices were also impacted due to the Budget 2021 proposals, wherein the Government of India rationalized customs duty on gold and silver. The import customs duty fell from 12.50% was cut to 7.50% and general physical consumption also fell, to some extent, due to a series of Sovereign Gold Bond issues by the government.

Gold has been stuck at under $1750 per oz since late February 2021. Some analysts hold the view that the additional fiscal stimulus worth $1.9 trillion could push up prices. For instance, Economist Lawrence Summers opined in a recent article in The Washington Post, “There is a chance that macroeconomic stimulus on a scale closer to World War II levels than normal recession levels will set off inflationary pressures of a kind we have not seen in a generation”. That kind of inflation is good news for gold prices to move up.

The stimulus would keep interest rates low, which would devalue the dollar or dollar index, which in turn would drive inflation up, accordingly. If inflation increases more than the nominal 10-year rate, Gold could then stabilize and start moving up, even if the 10-year yield continues to move up.

Going forward one of the choices for the US Fed bond market is to try and calm the yield concerns by signaling more purchases of securities, thereby risking yet another leg up in inflationary expectations; if yields are calmed and inflation is up, again, it’s positive for gold prices to move up.

Gold will start rising only if inflation levels rise in the US beyond the break-even point, sending the yield in the southward direction. On the flip side, if interest rates start rising, then there could be further pressure on Gold prices as inflation would be tamed and yields will consistently perform better.

Technical analysis of gold and silver

We recommend a portfolio that consists of 10% -15% in GOLD. This can be held electronically, in the demat form, by investing in derivatives. Alternately, if any open positions are held in futures contract, the roll-over to the next series of expiry would entail a carryover cost in the range of 5% to 8% per annum.

Various mediums for investment in Gold

(NS Ramaswamy is Head of Commodities at Ventura Securities. Views expressed are the author’s own.)