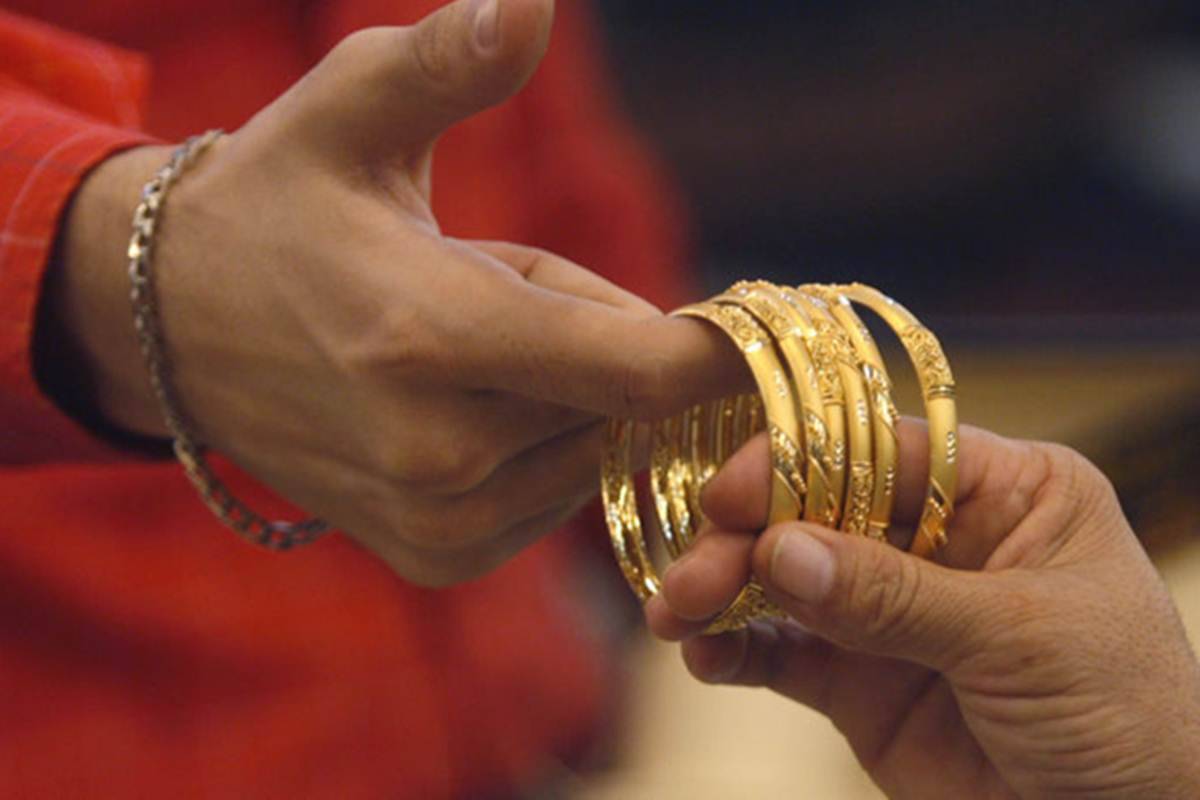 COMEX gold was trading little changed near $1865/oz after a 0.7 per cent gain yesterday

Gold prices fell for the second consecutive session on Tuesday. On MCX, gold April futures were seen trading at Rs 48,380 per 10 gram, down Rs 340 or 0.70 per cent. While silver March futures plunged Rs 1,835 or 2.49 per cent to Rs 71,831 per kg on Multi Commodity Exchange. On the Budget day, Finance Minister Nirmala Sitharaman announced to cut base customs duty gold and silver prices, and imposed a 2.5 per cent agriculture infrastructure and development cess. The customs duty on gold and silver has been reduced to 7.5 per cent.

In another announcement, the government said that capital market regulator Securities and Exchange Board of India (Sebi) will be the designated regulator for gold exchanges which will infuse transparency in gold transactions. Gold had fallen from Rs 49,570 per 10 gram to Rs 47,201, a fall of Rs 2,369 or 4.77 per cent when custom duty was reduced in the budget. Bhavik Patel, Senior Technical Research Analyst, Tradebulls Securities, told Financial Express Online, that, however, gold has managed to recover most of its losses and on the closing basis, it was half a per cent down as compared to 28th Jan prices. Most of the commodity experts hailed the cut in customs duty announcement, as they believe that this step will encourage more gold buying among customers.

COMEX gold was trading little changed near $1865/oz after a 0.7 per cent gain yesterday. Ravindra Rao, VP- Head Commodity Research at Kotak Securities, said that the gold is choppy amid mixed trade in the US dollar index and as market players assess the possibility of a US stimulus deal. “Support from rising virus cases, uneven global economic recovery and hopes of higher Indian demand is countered by continuing ETF outflows which show weaker investor interest,” he added. Gold may continue to witness mixed trade reflecting mixed trends in the US dollar but general bias may be on the upside owing to global growth worries and possibility of US stimulus. “Domestic gold prices have become cheaper due to duty cut; however, the general price trend will be determined by international markets,” Rao said.

Patel also added that silver was trading at 6-month high as retail traders were looking for a short squeeze. While gold has gained moderately, silver hogged all the limelight. “To be honest, silver was languishing behind its big brother Gold and also did not move up compared to other base metals like Copper and Nickel,” he added. So, this move was due but the pace of the move has surprised all. “Investors are piling into physical, ETFs, and mining as on Friday the iShare Silver Trust (SLV), world’s largest silver-based Exchange Traded Fund recorded one day inflow of nearly $1 billion. Patel also said that silver is no longer cheap when it was trading in the range of $25-$26 as Gold/Silver ratio has come down around 63 to 74. Now investors need to trade cautiously as such wild moves can be difficult to predict.