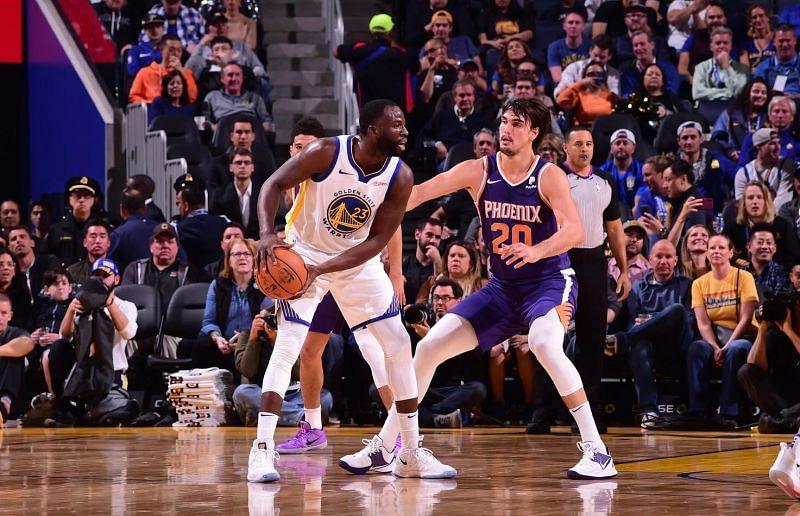 Two inconsistent Western Conference teams take on each other with the Phoenix Suns hosting the Golden State Warriors. The Warriors are slowly getting back to winning ways while the Suns have lost four of their last five games.

The Golden State Warriors currently occupy the sixth seed in the West. They’re on a two-game winning streak but both of those victories have come against the injury-laden Minnesota Timberwolves. Steve Kerr’s team is definitely in the ascendancy but has lacked conviction against the top sides.

Draymond Green has become the main facilitator for the Golden State Warriors who’ve seen an uptick since his return from injury. Rookie James Wiseman continues to impress and had a career-high 25 points in the last game. Kelly Oubre Jr. has also recovered after a horrific start to the season offensively.

Stephen Curry continues to carry the Golden State Warriors forward. He’s averaging 27.7 points, 6.1 assists, and 5.5 rebounds so far this season. He had a tough game against Minnesota on Wednesday but will have to bounce back against the defensively astute Phoenix Suns.

The Phoenix Suns have lost their way after early successes and just haven’t displayed the clutch gene that is characteristic of Chris Paul’s teams. Monty Williams’ men still display defensive guile but their offense has suffered in the absence of Devin Booker who’s questionable against the Golden State Warriors too.

Deandre Ayton was limited to just five points against OKC but needs to bounce back strongly against the Warriors who aren’t that commanding in the paint. Jae Crowder needs to be more accurate from the field. Mikal Bridges too struggled in the Phoenix Suns’ last game but he’s had a breakthrough campaign overall.

Chris Paul has been forcing the issue almost entirely for the Phoenix Suns of late. He managed a whopping 32 points against his former team but couldn’t finish the job. Paul is unsurprisingly the Suns’ main playmaker and is averaging 8.8 assists per game. He’ll be hoping to put the clamps on Curry against the Golden State Warriors.

Devin Booker’s availability will have a huge bearing on the result but the game is going to be a close affair in any case. The Golden State Warriors are the in-form team but they’ve struggled against teams that defend well down the stretch. The Phoenix Suns may be in a rut but they’re losing games by very small margins. Expect them to get over the hump and eke out a win against the Warriors.

Where to watch Warriors vs Suns?

National telecast of the game will be carried by TNT. Local coverage of the same will be available on NBC Sports Bay Area and FOX Sports Arizona. You can also live stream this matchup via the NBA League Pass.