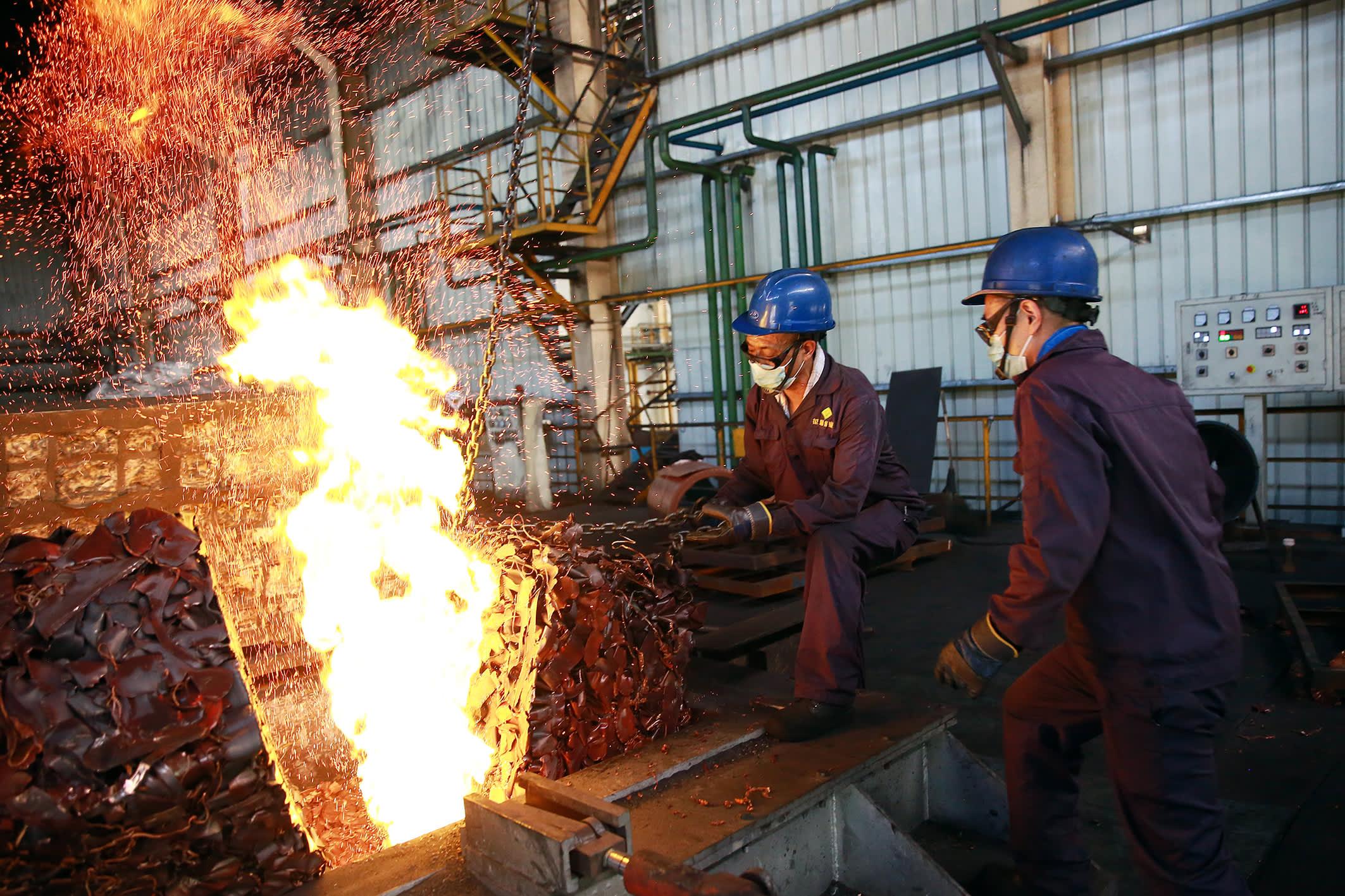 The smelter is melting copper on July 23, 2020 in Jinhua, Zhejiang, China.

The red metal has since pared gains, with three-month copper futures on the London Metal Exchange last seen trading at $7,626 per metric ton.

Copper, which is used in everything from power to construction, has risen more than 22% this year, on pace for its best year since 2017. Prices have been boosted by supply disruptions, hopes for so-called “green” economic stimulus and China’s swift recovery from the coronavirus crisis.

“The bull market for copper is now fully underway with prices up 50% from the 2020 lows, reaching their highest level since 2017,” analysts at Goldman Sachs said in a research note on Dec. 1.

“This current price strength is not an irrational aberration, rather we view it as the first leg of a structural bull market in copper,” they added.

‘Some way from its limit’

Goldman analysts raised their 12-month forecast for copper to $9,500 per metric ton, up from a previous estimate of $7,500.

A worker checks the final packing of copper rod during the Metrod official launch for the new plant on Feb. 23, 2019 in Shah Alam, Malaysia.

The bullish prediction comes at a time when investors are increasingly optimistic over coronavirus vaccine progress.

It is hoped a safe and effective coronavirus vaccine could help bring an end to the Covid-19 pandemic that has claimed over 1.48 million lives worldwide and wiped out a chunk of the global economy.

In addition to vaccine hopes, a weaker U.S. dollar has lent further support to copper prices in recent months. Copper prices had slumped to $4,600 per metric ton in March.

Analysts at Goldman cautioned that copper’s path to $10,000 would not be without its hurdles, citing a seasonal slowdown in demand and several periods of price consolidation among other factors.

However, the investment bank believes the speculative length in the rally is still “some way from its limit,” adding significantly higher copper prices would be needed to incentivize new supply and help balance the market over the coming months.