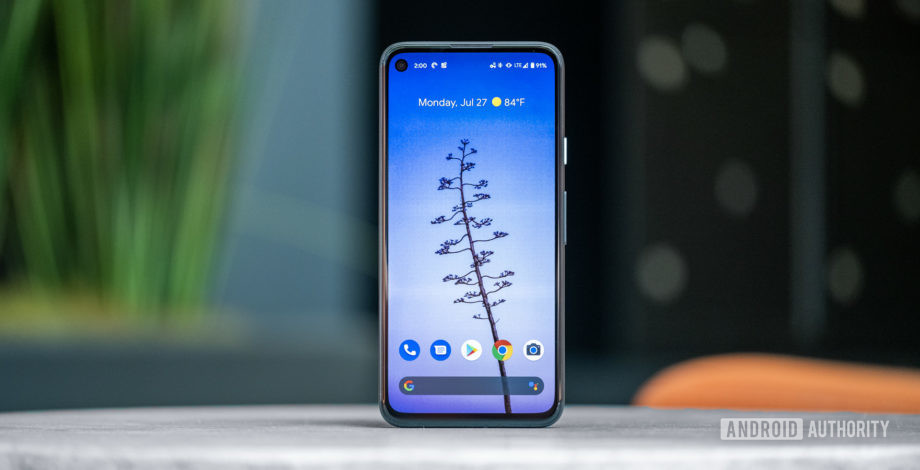 The Pixel 4a was one of the best phones to come out last year. There’s a good chance we’ll see Google come out with an updated model in 2021. We don’t know what features it will include just yet, but that doesn’t mean we can’t discuss what we’d like to see from the Google Pixel 5a.

As with all our wishlists, we tried to make it realistic. This means you won’t see us include a feature like a microSD slot. There’s very little chance Google is going to change its stance on expandable storage.

Here are five things we want to see from the Google Pixel 5a.

Google buyer’s guide: Everything you need to know about Google hardware

The best thing about the Pixel 4a is how affordable it is. For $349, you get a phone that’s relatively fast, features Google’s best in class camera software, and doesn’t sacrifice things like battery life and display quality. While we would love to see Google add some cool new Pixel 5a features and improve existing ones, we wouldn’t want those to lead to a more expensive phone.

That’s obviously easier said than done. Google has to find a way to make the Pixel 5a price compelling against other budget phones that will come out in 2021. That’s where the features highlighted below come into the picture. We think they’re reasonable inclusions that the company could offer without making its next low-cost device more expensive.

We all know Google makes some of the best camera software in the industry. However, the hardware that powers the company’s photography experience is starting to show its age. One ongoing issue is that the Pixel 4a’s primary camera makes use of a Sony IMX 363. That’s the same sensor Google has used since 2017 with the Pixel 2.

The Pixel 4a’s 12MP sensor is showing its age.

When you spend enough time with the Pixel 4a, it’s easy to spot the limitations of its camera compared to some of the phones you can buy at around the same price. While its 12MP sensor can easily deliver overall better results than similarly priced devices like the Galaxy A51, you’ll start to notice a loss of detail when cropping images due to the lower resolution sensor.

Even if the Pixel 5a doesn’t feature a new sensor, Google could still make the phone’s camera more versatile in other ways. Given that we’ve seen so many other devices in the Pixel 4a’s price range come out with multi-camera setups, we think Google could realistically add an ultra-wide sensor to the Pixel 5a without making the phone more expensive. It did it with the Pixel 4a 5G, after all.

When you factor in the size, resolution, and color accuracy of the Pixel 4a’s display, it has almost everything you could want from a phone at its price point. The only thing it’s missing is a faster than 60Hz refresh rate. Given that we’ve seen 90Hz displays make their way to budget phones like the OnePlus Nord N100, it’s something Google could feasibly add to the Pixel 5a without raising the price. It’s also a more realistic inclusion than other features like wireless charging or better waterproofing which companies typically save for their more expensive models. As an added bonus, it would make the Pixel 5a feel more responsive without an expensive processor upgrade. Let’s be honest, 5G isn’t a feature that most of us care about, and its potential inclusion won’t make the Pixel 5a better than the 4a. However, it’s an addition that feels inevitable at this point. When it comes to mass-market devices like the Pixel 4a, you have to keep in mind carriers, not consumers, are Google’s main customers. Telecoms, particularly in the US, want to sell their subscribers on 5G. Google will therefore likely find a way to include 5G support. Not doing so would make the Pixel 5a a non-starter for operators.

Related: The best 5G phones you can buy right now

If 5G pricing for the Pixel 5a follows that of the Pixel 5 and Pixel 4a 5G, a potential mmWave version could cost more than its Sub-6GHz counterpart. Yet, it’s not all bad news since a 5G-capable Pixel 5a could simplify Google’s lineup. If the 5a does come with 5G, then there would be no reason for Google to release a separate 5G variant of the 5a as it did with the Pixel 4a and 4a 5G. As such, you wouldn’t have to pick between saving money and buying a more capable phone. Considering almost all of Qualcomm’s current processors support 5G, this one is a no brainer.

Give us more colors Like a veritable Model T, the Pixel 4a came in just one color: black. Abandoning its usual playful approach to color was one of the ways Google was able to make the Pixel 4a so affordable. The company eventually came out with a Barely Blue model, but you could only buy it in the US and Japan.

This time around, we’d love to see the Google Pixel 5a launch in several different colorways to give consumers more choice, and for those options to be available outside the US.

What feature do you want to see make its way to the Google Pixel 5a? Let us know in the poll below and in the comment section.

Google Pixel 5a: Five things we want to see