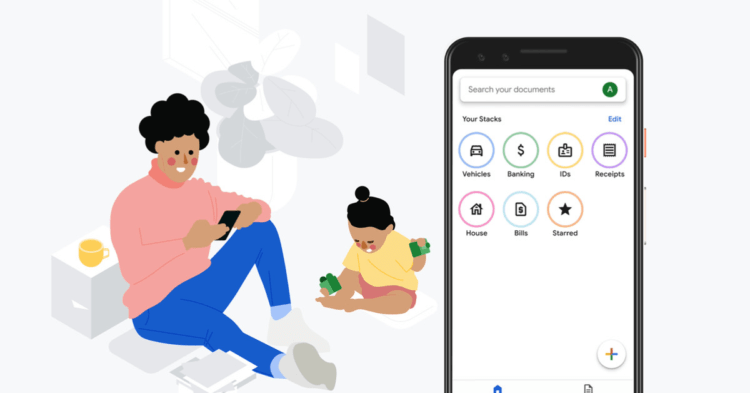 Google is releasing a new experimental app today called Stack that borrows the technology underlying its powerful DocAI enterprise tool for document analysis. The end result is a consumer document scanner app for Android that Google says vastly improves over your average mobile scanner by auto-categorizing documents into the titular stacks and enabling full text search through the contents of the documents and not just the title.

“I joined Google a couple of years ago when my education startup, Socratic, was acquired. At Socratic, we used Google’s computer vision and language understanding to make learning easier for high school students. I wondered if we could apply the same technologies to make organizing documents easier,” said Christopher Pedregal, the team lead on Stack, in a statement.

Stack lets you search through the full text of scanned documents

Pedregal and his colleague Matthew Cowan joined Google’s Area 120 incubator program, where they came up with an app that could use DocAI and its artificial intelligence technology to improve the process of scanning receipts, bills, and other important documents. The app uses Google’s biometric authentication on Android, so you can secure sensitive documents behind face or fingerprint scanning to unlock the software. It also automatically creates fields for scanned bills so you can fill in due dates and other important info.

The app, like so many of Google’s experimental (and sometimes even not-so-experimental) efforts, is getting released in the hopes it catches on and not with any real concrete business model attached or a definite roadmap. Pedregal stresses that “it’s early days” for Stack, which means the app can “still get things wrong.” It also means it could, at a moment’s notice, get sent to the Google Graveyard — though, presumably, with the option to export your documents if that does happen at some point in the future.

That said, it seems like a powerful alternative to a normal document scanner, and few companies are better than Google at understanding text and recognizing images. So it’s certainly worth a shot if you’re in the market for a better way to organize your real-world paper.