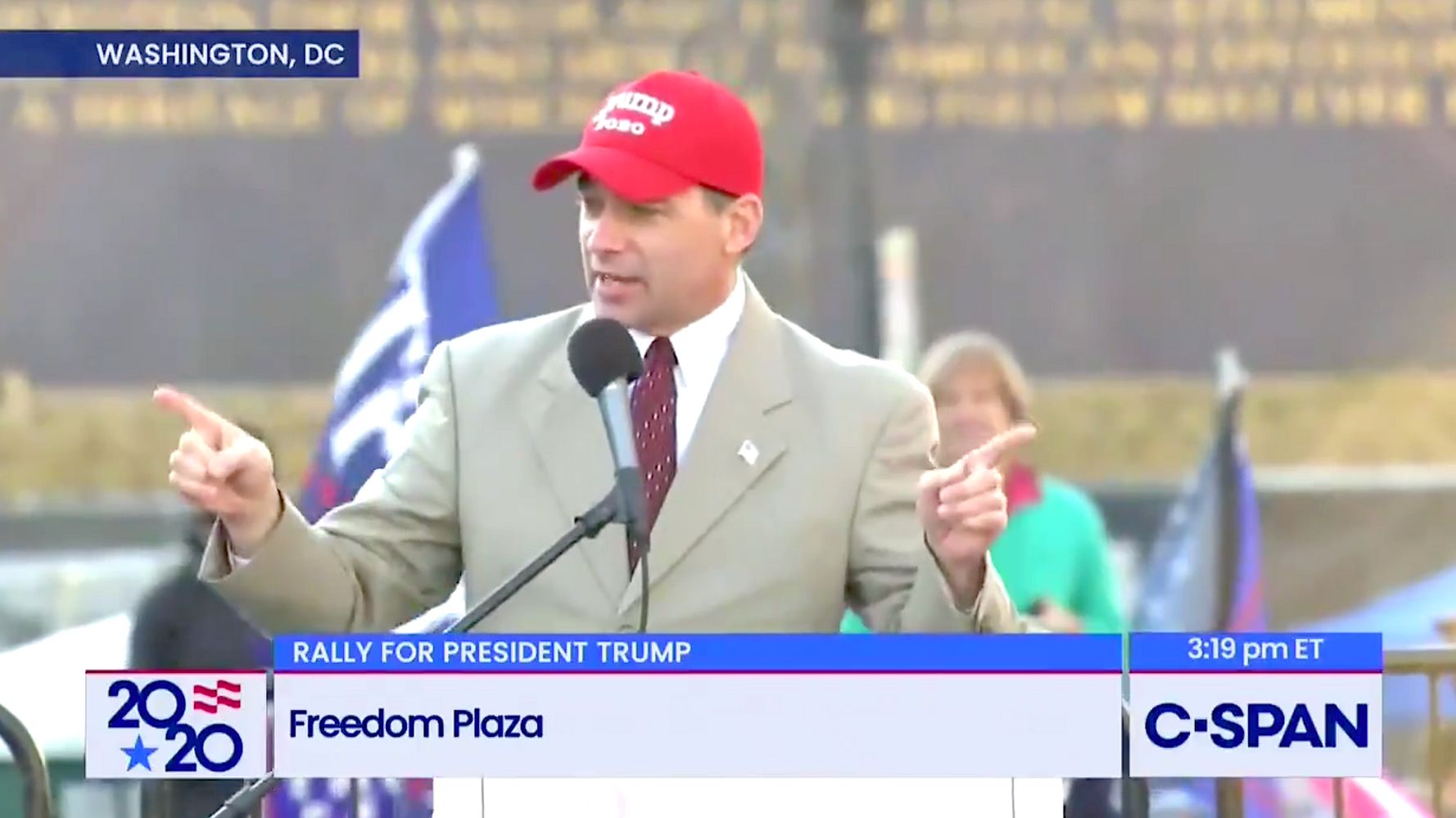 Looking out at the largely-maskless throng of attendees at a pro-Trump rally in Washington, D.C., on Saturday, Republican congressman-elect Bob Good dismissed the coronavirus pandemic as “phony” and lauded the crowd as “a group of people that gets it.”

“I can’t tell you how great it is to look out there and see your faces,” said Good, who won Virginia’s 5th Congressional District seat last month. “This looks like a group of people that gets it. This is a phony pandemic.”

“It’s a serious virus, but it’s a virus, it’s not a pandemic,” continued Good, who was wearing a Trump 2020 hat but no mask.

Good’s remarks come as the United States reports record-breaking COVID-19 cases, hospitalizations and deaths. On Wednesday, at least 3,124 people in the U.S. died from the coronavirus. It was the first time that the daily death toll has surpassed 3,000.

Holy shit. Congressman-elect Bob Good of Virginia starts speaking and immediately proclaims, “this looks like a group of people that gets it. This is a phony pandemic.” pic.twitter.com/xre4DWslGW

Thousands of Trump supporters — including members of the far-right Proud Boys group — gathered in D.C. on Saturday to protest the outcome of the presidential election, which Trump and his followers have claimed, without a shred of evidence, was “rigged.”

Good was among a handful of public figures who showed up in person to the pro-Trump demonstrations to lend support. Others included Trump’s former national security adviser Michael Flynn, who was pardoned by the president last month after pleading guilty to lying to the FBI; conspiracy theorist Alex Jones; and MyPillow CEO and controversial Trump donor Mike Lindell.

Speaking to rally-goers at Freedom Plaza, Good praised the demonstrators for standing up “against tyranny.”

“It’s great to see your faces, you get it. You stand up against tyranny. Thank you for being here today, thank you for saying ‘no’ to the insanity,” he said.