Home General GOP Governor To Republicans Denying Election Results: ‘This Is Embarrassing Us’

GOP Governor To Republicans Denying Election Results: ‘This Is Embarrassing Us’ 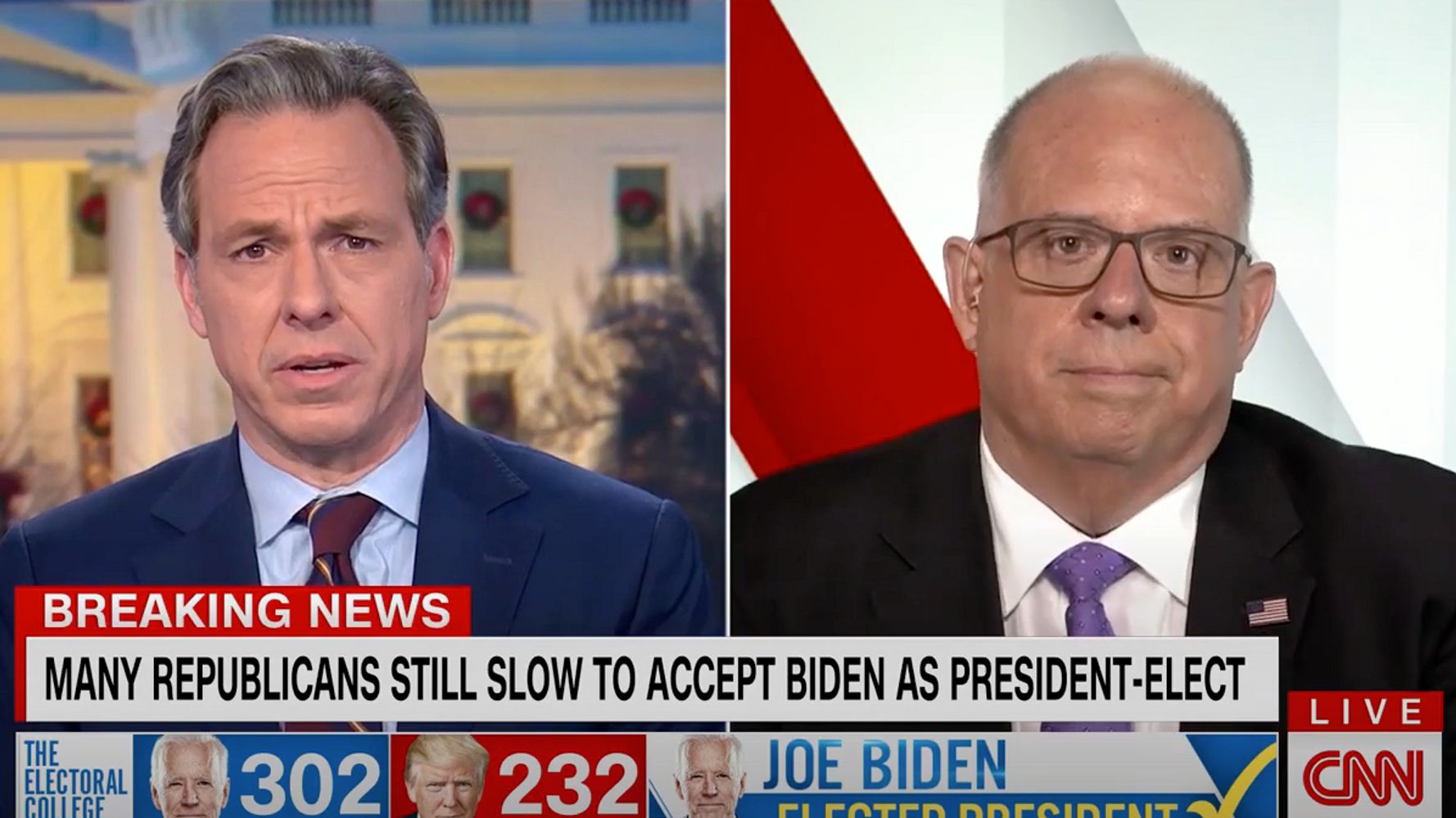 Maryland Gov. Larry Hogan on Monday said fellow Republicans who continue to deny the reality of President Donald Trump’s election loss are an embarrassment to their party.

“It’s just getting ridiculous at this point,” Hogan said. “This election is over. The president had every opportunity to provide some kind of evidence of widespread voter fraud. We haven’t seen any.

“All the court cases are done ― the Supreme Court refused to hear the case because there wasn’t any factual evidence ― and now, the states all across America, the Electoral College has voted.”

The election truly is over, and we need to move forward together as a nation. Watch my full interview with @CNN: pic.twitter.com/qnSrOBrMiI

Hogan, a frequent critic of Trump, was one of the first Republican officials to acknowledge Biden’s win. He said last month that his fellow Republicans were afraid to criticize the president for fear of retribution.

“I understand at the beginning maybe some people had some concerns about some of the allegations, but now we are several steps down the road,” Hogan said Monday. “They’re out of runway. We just have to acknowledge: This is embarrassing us. It’s an affront to our democratic process, and it’s diminishing the presidency.

“It’s bad for our party, bad for the country and it weakens our position in the world.”

Trump still refuses to concede the Nov. 3 election and has not backed down from his baseless accusations about a massive conspiracy to rig the voting against him. Despite overwhelming evidence to the contrary, many elected Republican officials have fallen into lockstep. A number have encouraged and amplified Trump’s lies, while others have stayed silent or refused to say who won.