GOP pollster says Trump’s demand for $2,000 stimulus checks is a nightmare for Republicans in Georgia 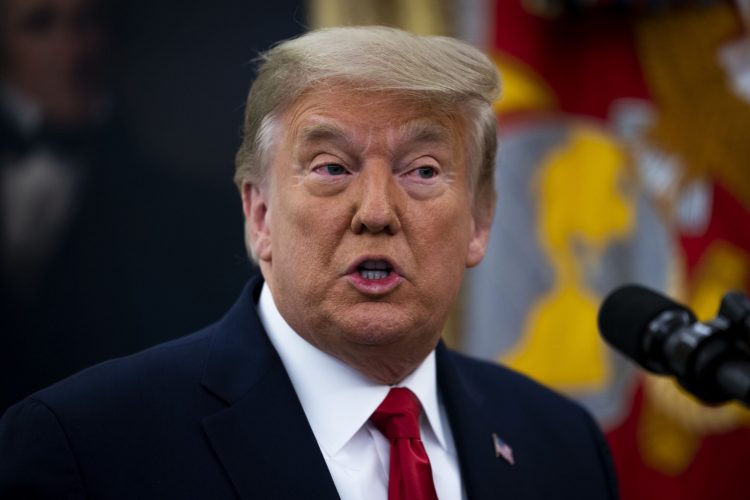 President Donald Trump has opened up a can of worms in Georgia politics in his quest to more than triple the dollar amount in direct checks that lawmakers agreed to send to Americans, Republican pollster and political consultant Frank Luntz told CNBC on Tuesday.

After threatening to let an omnibus spending package that included the $900 billion Covid relief measure languish in Congress over his displeasure with $600 stimulus checks, Trump signed the bill Sunday. However, he has united with Democrats in a rare occasion in calling for $2,000 in payouts to citizens.

“The president made a very smart decision by agreeing to sign [the] legislation,” Luntz said on “Squawk Box.” “He made a very bad decision by opening up the $2,000 personal checks because it’s going to cause one hell of a nightmare for those two Republican senators to vote against Donald Trump or vote against conservatives in their state.”

With most Republicans and conservatives not in favor of the proposal to boost the payouts, it has caused a storm within the party as Georgia voters cast ballots on critical Senate runoffs over the next week.

The question forces Republicans to consider whether to add more to the national debt or deny Americans a financial boost in the face of ongoing economic fallout from the coronavirus pandemic.

Republican Sens. David Perdue and Kelly Loeffler, who is completing retired Sen. Johnny Isakson’s term, are fighting to fend off two Democratic challengers for their seats in Jan. 5 runoffs. The Senate races, which will decide the majority in the chamber, have drawn lots of attention. The GOP holds a 52-48 edge in the Senate. If Democrats win both Georgia contests, it will create a 50-vote tie, with Vice President-elect Kamala Harris as the tiebreaker after she takes office Jan. 20.

Trump’s push to increase the stimulus checks has complicated the contests in the usually reliably red state, and the complication could be seen in Loeffler’s comments on the matter on Fox News on Tuesday morning. After the Democratic-controlled House voted with support from 44 Republicans to increase direct payments to $2,000, the measure is expected to face an uphill battle in the Senate, despite Trump’s support.

When asked whether she would support the bill to increase the payouts, Loeffler spoke broadly of her support for the president but did not explicitly say whether she was in favor of raising the direct payment.

“The president has fought for our country from day 1. He continues to fight for every single American,” she said. “I’ve stood by the president 100% of the time. I’m proud to do that, and I’ve said, absolutely we need to get relief to Americans now and I will support that.”

In a later appearance on the news channel, Perdue gave a more committal response to illustrate where he stands on the matter, saying he supports Trump’s request to increase spending.

“Look, this should have been done four months ago,” he said. “I’m delighted to support the president in his $2,000, it’s really a $1,400 increment on what we’ve already done, and I think with the vaccine coming I think this is absolutely appropriate, so I fully support what the president is doing right now.”

This marks a reversal for Perdue, who opposed sending stimulus checks earlier this year before coming out in favor of the $600 payout as part of the latest spending package.

While Trump has said that the Senate “will start the process” on a vote to increase the dollar amount on checks, it’s not clear whether Senate Majority Leader Mitch McConnell, who has been a target of the president’s anger in the wake of his November election loss, will schedule a vote.

In a statement Sunday, the Kentucky Republican praised Trump’s decision to sign the $900 billion relief package but stopped short of mentioning the president’s request.

With the runoff in Georgia a week away, Luntz said the GOP is making a “smart decision” to continue strategizing in the state. Trump, who has spent the holiday season golfing in Florida, is scheduled to visit Dalton, Georgia, on Monday, the eve of the election, in hopes of giving Loeffler and Perdue a boost.

President-elect Joe Biden and Harris have visited the state to support candidates Raphael Warnock, who is challenging Loeffler, and Jon Ossoff, who is up against Perdue. None of the candidates received the necessary 50% threshold to win the seats in the November general election, forcing a runoff in each race.

“Donald Trump is needed in Georgia to ensure that those two [seats] stay Republican,” said Luntz.

Dalton is about 90 miles north of Atlanta and will be key to Republican’s chances of holding on to those seats, he added.

“To get a high turnout there can counterbalance what’s happening in Atlanta and the suburbs of Atlanta,” Luntz said of the area that helped flip the state for Biden. “I’ve got to give them credit for making the right geographic choice, but the fact [is] that the president has only gone down [to campaign in Georgia] twice.”

Luntz said that 3% of Trump voters in the state do not want to participate in the runoffs, citing their distrust for the political system in the aftermath of the 2020 election. Trump has refused to concede the race to Biden, weeks after the Electoral College cast ballots to confirm the results of the presidential race.

“Frankly, he’s playing golf in Florida. He ought to get on his helicopter, get on Air Force One, fly over to Georgia even unannounced, because the president still has impact,” Luntz said. “He still can turn out voters that would not vote for anybody else, and they’re going to need him.”