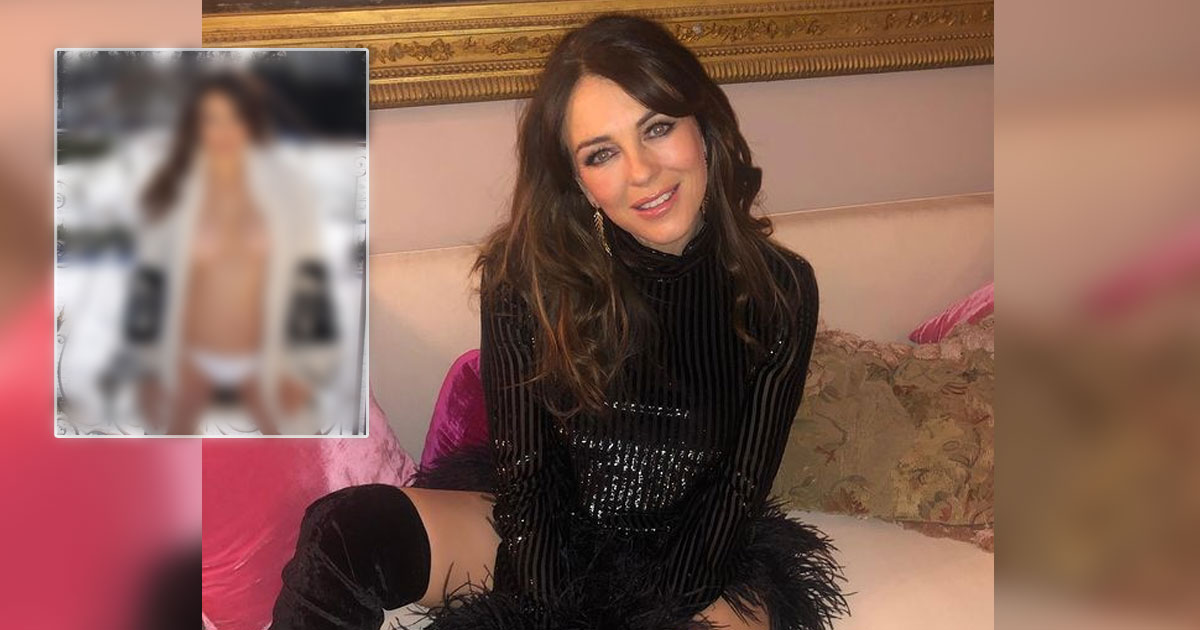 Elizabeth Hurley is one of the hottest celebrities in the West. The Gossip Girl actress is quite popular on social media and keeps sharing pictures of herself every now and then to entertain her fans.

The Gossip Girl actress shared the picture on Instagram with a sassy caption that read, “How could I resist?” Elizabeth Hurley posed in a topless picture and was only wearing a fur coat and looked pretty as ever.

A fan reacted to the picture shared by Elizabeth Hurley and commented, “Well I must say this is a pleasant and most welcome surprise opening Instagram.”

Another user commented, “How could you resist? If you’ve got it …flaunt it 😜😜❤️🔥”

Some other reactions included:

“the hottest older women on earth”

Elizabeth Hurley is indeed one of the hottest and fittest actresses at this age in the industry. A while ago, Elizabeth shared a picture with her sister Kate and could be seen standing side by side. They held each other by the arms as they posed in a pink and blue bikini respectively. Both the attires were different in terms of their design with the chain. While Hurley’s attire held the top wear with a gold hoop, her sister’s attire consisted of a golden chain string.

For the unversed, Elizabeth played the role of Diana Payne in Gossip Girl. She was seen in a sensuous avatar in the Blake Lively starrer. Hurley was even seen romancing Nate Archibald (Chace Crawford) and many found their chemistry sizzling.