Home News Government in two minds on import of nitrate

Government in two minds on import of nitrate 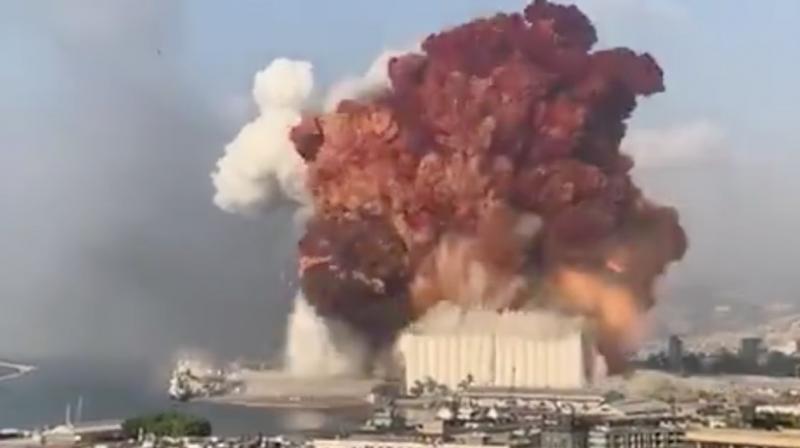 VISAKHAPATNAM: Once the last of four ships unloads its ammonium nitrate cargo at the Visakhapatnam Port, further unloading of consignments, if permitted by the government, may be only from Paradeep Port in Odisha, shipping sources said.

They maintain that the government is in two minds, whether to continue importing the nitrate or cut down imports and increase domestic production. Currently, only about seven lakh tonnes of nitrate is being manufactured within the country.
Meanwhile, the last ship carrying ammonium nitrate will berth at Visakhapatnam Port in a week. This follows Petroleum, Explosives and Safety Organisation (PESO) according permission to unload the nitrate from foreign ships stranded in mid sea since August midweek.

Storage of this nitrate was heavily curtailed within India after an ammonium nitrate warehouse near the Beirut City of Lebanon witnessed a major blast, killing at least 220 people, injuring more than 5,000 people and rendering 300,000 people homeless in August 2020.

Since then, only the public sector Indian Detonators Limited and Special Blasts, a private entity, got permission from PESO to unload and evacuate ammonium nitrate from ships. Unloading and quick evacuation of the product was one of the safety norms prescribed by PESO for import of the product. Shravan Shipping Services was the sole agent to handle ammonium nitrate and Visakhapatnam Port was the only port to import the nitrate.

Visakhapatnam Port Trust chairman K. Rama Mohan Rao said a 29-point check list was given, which importers had to comply with for importing ammonium nitrate, a major input in fertilisers.

Merchant vessel Krasezewsaki carrying the Cyprus flag with 19,000 tons of ammonium nitrate had remained anchored on high seas since August 11 after Visakhapatnam Port Trust refused permission for unloading the nitrate on instructions of the AP Pollution Control Board following the Beirut blast. The second ship MV East Ayutthaya bearing Thailand flag with 14,000 tonnes of nitrate arrived on August 29. The third vessel MV Diana carrying 10,000 tons arrived on September 9. All three ships had loaded the ammonium nitrate at Ukraine Port.

IDL and Special Blasts are the major importers of nitrate in India.