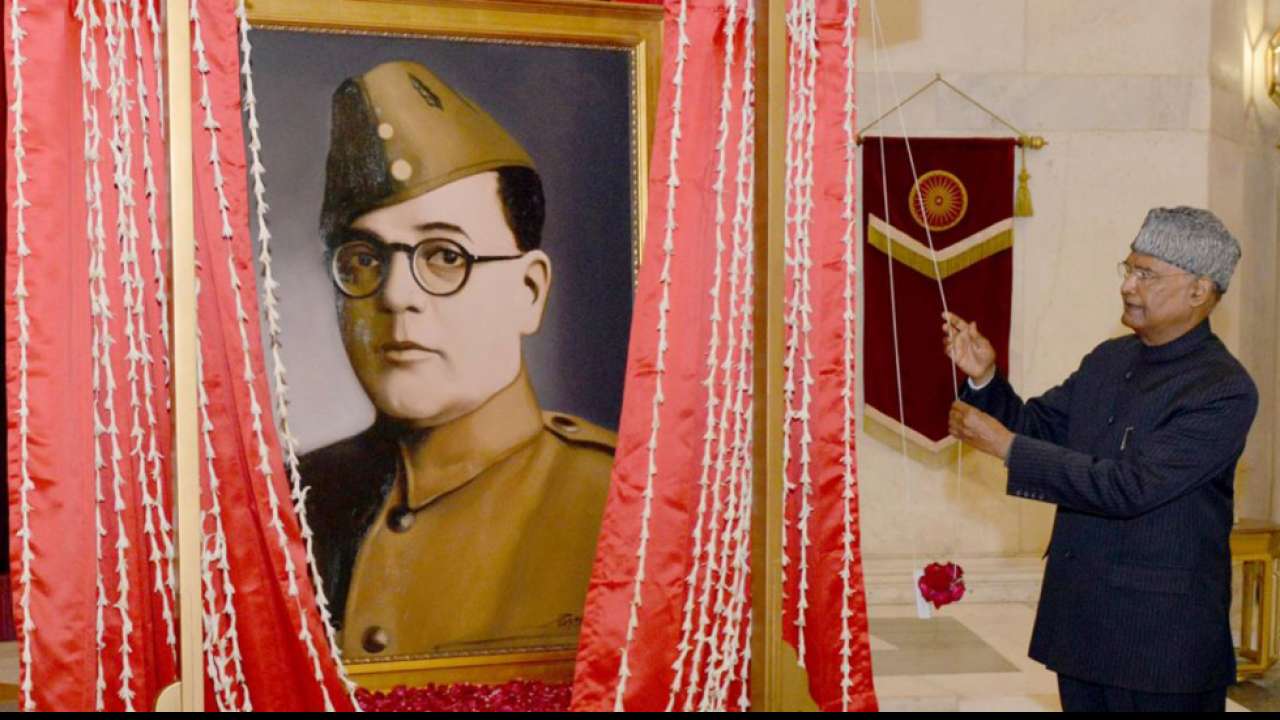 The Centre on Monday (January 25) stringly rejected TMC MP Mahua Moitra’s claim that the portrait of Subhas Chandra Bose unveiled by President Ram Nath Kovind in Rashtrapati Bhavan was not of the great freedom fighter but of actor Prosenjit Chatterjee, asserting that the debate is totally ‘fake’.

According to government, the portrait of Netaji is based on an original photo of the freedom fighter. “Shows how the entire debate is fake and based on poor research,” the government said.

A row erupted on January 24 after President Kovind unveiled a portrait of Netaji to mark the beginning of celebrations to commemorate the 125th birth anniversary of the legendary freedom fighter.

TMC MP Moitra took to Twitter to claim that the portrait unveiled by President Kovind was not of Netaji but of famous Bengali actor Prosenjit Chatterjee.

It is to be noted that Chatterjee played Netaji Subhas Chandra Bose in a Bengali film titled Gumnaami in 2019. The film was directed by Srijit Mukherjee and it deals with the death mystery of Netaji.

The Centre, however, rejected the claims of TMC MP and several other social media users and issued a statement saying, “The President of India, Ram Nath Kovind, unveiled a portrait of Netaji Subhas Chandra Bose at Rashtrapati Bhavan today (January 23, 2021). The unveiling was to mark the beginning of year-long celebrations to commemorate 125th Birth Anniversary Year of Netaji Subhas Chandra Bose,” the statement issued by the Rashtrapati Bhavan said.

Interestingly, it was later proved that the Centre was right and portrait of Netaji is based on an original photo of the freedom fighter. The proof shown by the government forced TMC MP Moitra to delete her tweet. The TMC leader is yet to apologise for propagating a fake news.