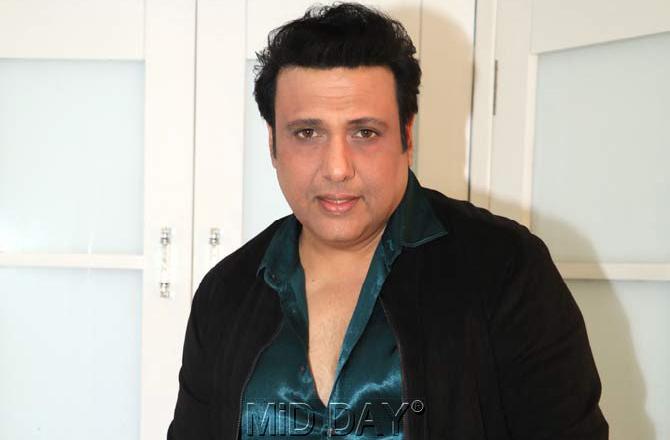 Govinda has been a part of the Hindi film industry for more than three decades. He was one of the most successful, dependable, and bankable stars of the 90s, ruling the marquee and blazing the celluloid with his aura, magnetism, and effortlessness. His brand of cinema nearly blurred the lines of the economic divide, hooking nearly everyone with his enigma and energy.

The star celebrated his 57th birthday on December 21 and it was indeed as grand and glittery as his films are. In a video shared by photographer Viral Bhayani, he could be seen dancing on the songs of his films, including Raja Babu and Coolie No. 1, and also joining him were his wife Sunita and good friends Ganesh Acharya and Shakti Kapoor.

Have a look at the video right here:

Govinda’s most iconic and memorable collaborations were with David Dhawan, with whom he did as many as 18 films. They first came together for the action-drama in 1989 called Taaqatwar, and went on to do films like Swarg, Shola Aur Shabnam, Aankhen, Raja Babu, Coolie No. 1, Saajan Chale Sasural, Deewana Mastana, Hero No. 1, Bade Miyan Chote Miyan, Haseena Maan Jaayegi, and Partner, to name a few.

Talking about how people were doubtful of him being able to make it, Govinda said in an interview , “I’ve been told this on my face. But I knew even the likes of Raj Kapoor ji, Jeetendra ji, Amitabh Bachchan ji, Vinod Khanna ji and Rajesh Khanna ji went through a lot, too. In this industry, you need to have the right perspective. Either you work hard, or pay heed to what people say about you.”

Giving his take on success and how an actor undergoes a change after his films become successful, the actor stated, “Success at times makes you harsh and doesn’t let you progress. From my experience, I can say that having a graceful approach helps. Film is a form of art and somewhere we’ve turned it into a business. Artistes are human beings, not products. Accept those who have merit. This will also help those who aren’t as talented, and they’ll work harder.”