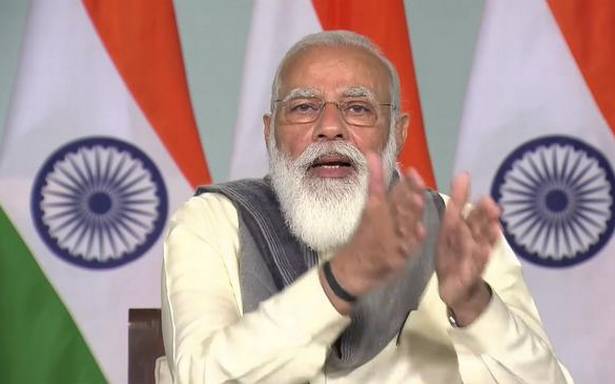 Even as farmers continue to protest against the recent agriculture laws, Prime Minister Narendra Modi on Saturday said the three laws would give farmers access to new markets and technology, while also helping increase the investments in the agricultural sector.

Speaking at the 93rd FICCI AGM, he stressed that the government was committed to helping farmers.

“…farmers will be able to access new markets and avenues. They will be able to leverage technology. With all this, more investment will come in the agriculture sector. And the maximum benefit will come to India’s farmers,” the Prime Minister said.

He added that in a vibrant economy, walls could not be erected around different sectors as this harmed the economy of the country. “The reforms being undertaken will take these walls down and the recent agriculture reforms are a part of this process.”

Mr. Modi added that walls and hurdles built around agriculture and related sectors, such as agri infrastructure, food processing, storage and cold chain, were being removed. These reforms were targeted towards increasing farmers’ income and their prosperity.

“To strengthen the country’s agri sector many steps have been taken. It has become much more vibrant. Today, India’s farmers have the choice of selling their produce in the ‘mandis’ as well as outside them. The ‘mandis’ are undergoing a tech revolution, but farmers can now also sell and purchase goods using digital platform,” he said.

The industry leaders should increase spending in the agriculture sector. He stated that the private sector had not spent that amount it should have ideally on agriculture and needed to explore the sector.

On the economy, Mr. Modi said the Indian economy is recovering at a swift pace and economic indicators were encouraging.

Stating that the country and the world had gone through many ups and downs during the year, the Prime Minister said the good thing was that things were recovering at a fast pace. “Things in December have changed a lot since Feb-March. The economic indicators today are encouraging,” he said.