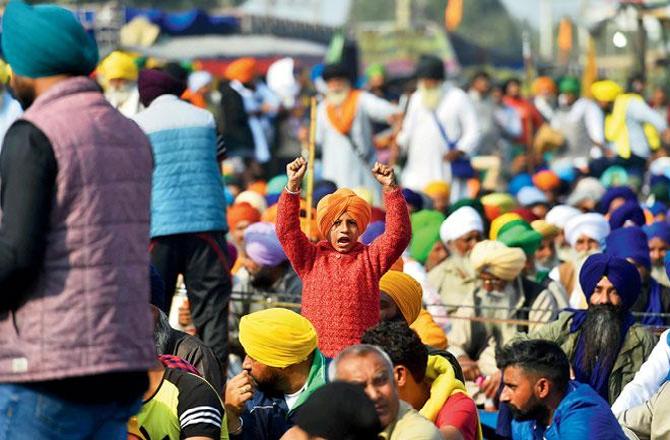 As the farmers’ agitation entered the 29th day on Thursday against the three contentious farm laws, the central government invited the farmer leaders to resume talks, saying it is “ready for a logical solution” to all issues raised by the farmers.

Taking cognisance of Wednesday’s letter sent by a group of 40 farm leaders under the banner of Sanyukta Kisan Morcha who are representing thousands of agitating farmers sitting on demonstration at Delhi’s different borders, the government conveyed its message through an official letter inviting them to hold a fresh round of talks as per their time and schedule.

“The Indian government again reiterates its commitment that it is ready for the logical solution of all the issues raised by the farmers’ organisations,” said the letter accessed by IANS.

Citing the government’s stand communicated through its earlier letter sent to the farmers on December 20, the fresh communique mentioned “it is already informed that the government is ready to hold discussions with the farmers on a positive note to address their written as well as oral issues”.

In the latest letter, the government clarified that it is always ready to hold discussions with all farmer organisations as it is the responsibility of the Centre which cannot be ignored.

“The government has held various rounds of discussions with the farmer organisations in the past and it has also showed its initiative to hold further talks.”

Reiterating that the government is ready to discuss all aspects and objections raised by the farmers, the government clarified that “there is no impact of the three farm laws on the purchase mechanism of Minimum Support Price (MSP) and it is informed in all rounds of talks with the farmers”.

The government also made it clear in its letter that “it is totally illogical to come up with new demands which are out of the purview of these three laws but the government is ready to discuss on these issues.”

The government again appealed to the farmers to end their protest and begin talks with the government.

“The government will discuss on all the issues and objections raised by the farmers. Please provide a detailed list of your issues. The talks will be held in Vigyan Bhavan as per the specific time decided by the farmers,” the letter mentions.

There have been a total of five rounds of talks between the government and the farmers to resolve the issues raised by the protesting farmers who are seeking withdrawal of the three farm laws which were enacted in September during the Monsoon Session of Parliament. The farmers call these laws as “black laws” and “anti-farmer” while the government has been saying that it is for their own benefit.

Thousands of farmers have been protesting against the government, blocking various Delhi borders including Singhu, Tikri, Ghazipur and Chilla on Delhi-Chandigarh, Delhi-Haryana and Delhi-Uttar Pradesh routes.