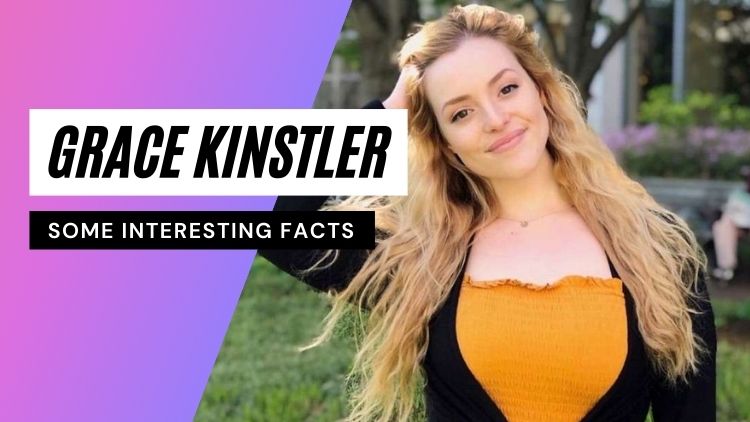 Fan favorites Grace Kinstler won the third place of American Idol 2021. She has emerged as an incredible singer with an amazing voice and mesmerizing performances since the start of the show.

A 20 years old fabulous singer as well as songwriter was born on 4th August 2021 in Illinois, Chicago, United States of America. Her Mother is Sherry Kinstler and Father’s name is Mitch. During her audition of American Idol, she revealed that her father passed away in February 2020. She was very close to her father. She also has two brothers.

She is in a relationship with the boyfriend Joseph Wheatley who is a beat boxer and a member of pitch-slapped Acapella.

Grace has completed her high school graduation from ‘Crystal Lake Central High School’. For higher studies, she enrolled at ‘Berkeley College’ of Boston.

1) Journey to the audition round of American Idol

Grace performed “Natural Woman” by Arthiya. All the judges blew away with her performance. She sang that made judge Luke cry. All the judges with no doubt, proudly said ‘Yes Grace’ to the next Hollywood Duet round.

2) Journey to the Hollywood Duet round

Grace Kinstler was paired with Alyssa Wray (she was one of the contestants of American Idol). They performed Bruno Mars’ song “Grenade”. Their performance was so powerful. Katy removed her wig and said, “You blew Katy’s wig off!” and added, “You are absolutely going through.”

3) Journey to Showstopper round (Top 24)

Grace performed “Father” by Demi Lovato.The song was dedicated to her Father. Her performance was fine. Also Katy advised her “Take all that pain and use it”, so that she can groom more.

Solo song was “Queen” by Jessie J and her duet song was “Midnight Train To Georgia ” by Gladys Knight & The Pips. The celebrity duet partner was Joss Stone. One of the compliments of Luke Bryan was that Grace is grooming as an artist as well as performer. Also Katy Perry had encouraged her to sing on those timeless, classic songs which are gifts for you.

In this round Grace Kinstler sang “Happy” from “Despicable Me 2”. All the judges demanded her to select songs that portray who she wants to be as an artist.

Grace performed on a Disney song, “Into the Unknown”. This time she had taken a risk and succeeded. Grace got a standing ovation. “You had the whole room controlled by your voice”, Katy Perry praised. And also one of the compliments of Luke was, “You had the eye of the tiger and you went beyond all of that.”

In this round, each contestant had to perform two songs, one from Coldplay and the other for Mother’s Day. The Coldplay song was “Fix You”. Through those performances, she reflected her vulnerability and all the judges had recognised her about this vulnerability which is her strength

9) Journey to the Top 3 finalists

As per this round, Grace performed “A Moment Like This” by Kelly Clarkson for her personal Idol. Performance was incredible. Even judge Katy Perry had compared her with a bona fide megastar Kelly Clarkson.

For her first Winner’s single, she performed “Love someone” which was written by herself. Also, Grace performed “Father” by Demi Lovato which she sang earlier in this competition. Judges now got confirmed that Grace has followed all the instructions that made her more artistry, Full of star power and a bright future.