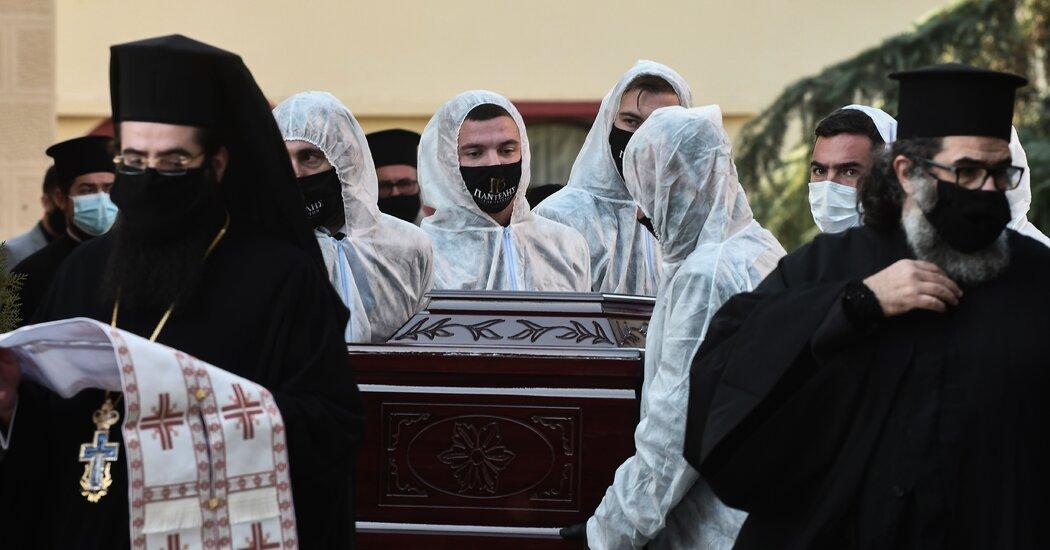 Conservative government officials have chiefly blamed overcrowding in bars and restaurants and seem loath to point the finger at the church, even though the disease has clearly spread through the ranks of the clergy in recent weeks — particularly afflicting older members who are most vulnerable to the virus.

At least six of the church’s 82 bishops in Greece have caught the virus, including 62-year-old Bishop Ioannis of Lagadas in northern Greece, who died from it on Nov. 15. But the actual number of infected clerics is not known, as some have not made their illnesses public, calling it “a personal issue,” church officials said.

“Some clergy, hierarchs included, seem to act as though they believe themselves to be immune to the disease,” said George Demacopoulos, a co-director of the Orthodox Christian Studies Center at Fordham University. “We are seeing the tragic results of this sort of thinking.”

Although Greece initially fared relatively well in coping with the pandemic, the second wave has proved tougher to curb. As of Friday, the country had 113,185 confirmed cases and 2,804 deaths, with most of the deaths recorded over the past month.

Other Orthodox churches in Europe have also been struck by the virus.

The Orthodox patriarch of Serbia, Irinej, 90, and the patriarch of Montenegro, Amfilohije, 82, both died from it in recent weeks. The Archbishop of Albania, Anastasios, a 91-year-old ethnic Greek, was flown in for treatment at the same Athens hospital that treated Archbishop Ieronymos last month.