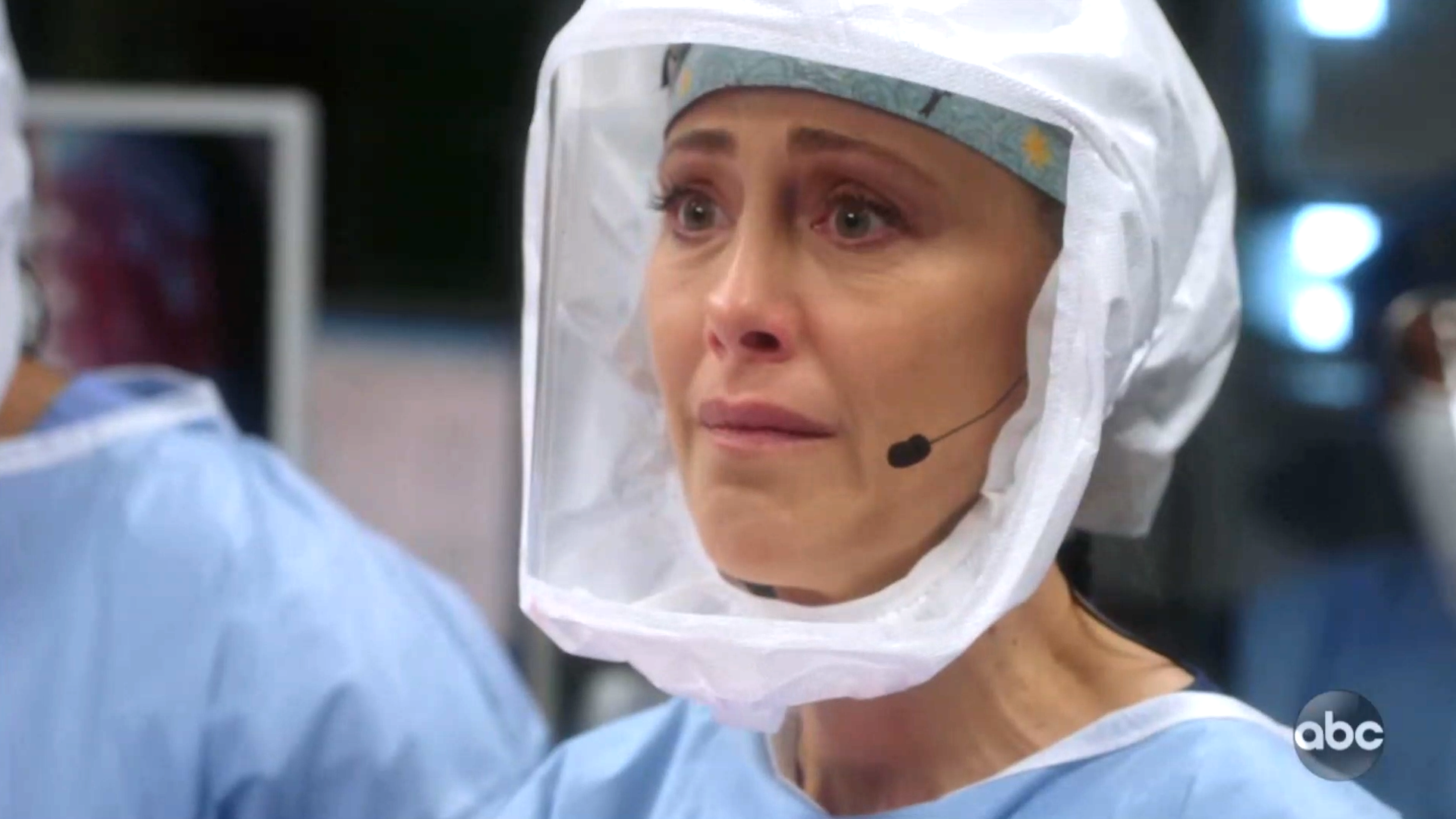 WARNING: Major spoilers ahead for the mid-season premiere of .

fans’ happiness over the show returning for its mid-season premiere Thursday night quickly turned into anger, resentment and sadness, when the writers completely blindsided everyone with the death of a major character.

Dr. Andrew DeLuca, portrayed by actor Giacomo Gianniotti since 2015, was stabbed while attempting to pursue and expose a sex trafficker during Thursday night’s crossover event with Station 19. While it seemed like DeLuca was initially going to make it, the episode took a shocking turn.

On the beach in Meredith’s dream sequence, DeLuca told her, “No matter what happens, I want you to know that I never felt seen the way you saw me. I never felt inspired the way you inspired me. You made me want to be not just my best self, but better. And yeah, I felt small around you sometimes. I felt insecure. I wanted something from you that I needed to give to myself. But here, now, on this beach with you, I get it. I don’t just get it, I feel it. I get who I am. I know my own soul, my strength.”

DeLuca died on the operating table after saying goodbye to Meredith, who has been in a dream sequence due to being diagnosed with COVID-19.

“I’ll miss you. If I go back and you don’t, I’ll miss you,” Meredith told DeLuca, before he ran into his mother’s arms.

Not Deluca seeing his mom and Meredith saying “I miss you” and him saying “I have to go” WTF NO YOU DONT HAVE TO GO AT ALL
I can’t believe Shonda did it again This is too much 😭😭😭 #GreysAnatomy pic.twitter.com/CjSyXmLKgo

Watch “the most famous guest” on ‘Masked Singer’ being revealed during the Season 5 premiere:

Sachin Tendulkar’s Childhood Friend Assures Fans They Have Nothing To Worry About; Says Hospitalizing...