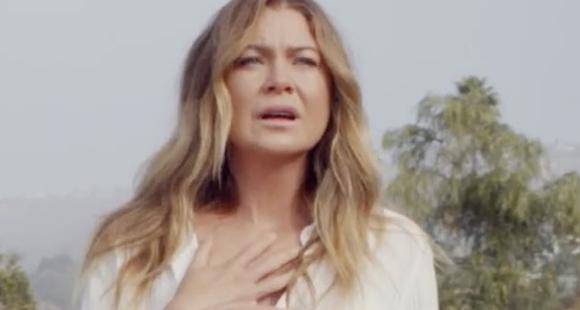 In the newest Grey’s Anatomy episode, fans were blessed with not one but two iconic character’s returns. Scroll down to see who came back.

Grey’s Anatomy just keeps getting more and more dramatic! In the latest episode of the long-running show, two fan-favourite characters who had passed away in the show returned to the series! We already knew about one of them coming back, but the other one was a complete surprise. Both of them had previously died in past seasons. For the unversed, throughout the season, Ellen Pompeo‘s character Meredith Grey has been reuniting with several of the show’s dead character on a magical beach that has been described as an “in-between place” while she battles COVID-19.

And now this week, on-again and off-couple Lexie Grey (Chyler Leigh) and Mark Sloan (Eric Dane), who died in a plane crash in the season eight finale, returned to the show in the episode that aired on April 1. While talking with the couple, Mark told Meredith that she was “early” to join the dead. Meredith responded, “I don’t know how to get back. I keep seeing Derek, and he won’t help me get back or come close enough to touch.” “It’s not up to him, it’s up to you,” Mark replied. When Meredith asked the two if they are still a couple, Mark said, “On your beach it looked like we are.”

The other characters that have already returned during season 17 are Patrick Dempsey‘s Derek and T.R. Knight‘s George. Living characters like Chandra Wilson‘s Bailey and James Pickens Jr.‘s Richard have also popped up at the beach.