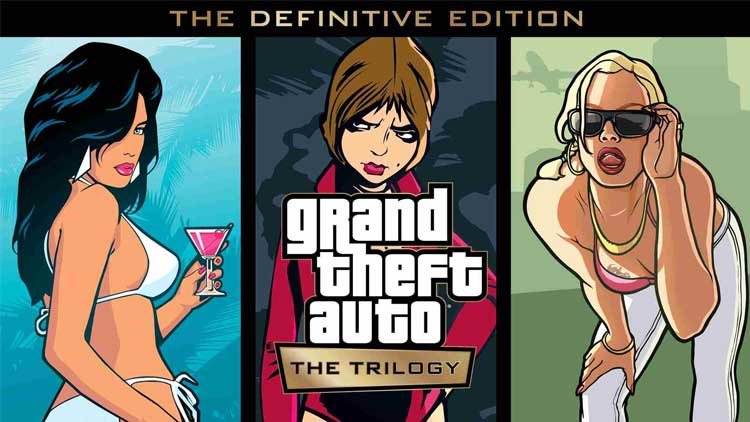 The maker of the Grand Theft Auto (GTA) series has confirmed the release of the GTA remastered trilogy, officially named Grand Theft Auto: The Trilogy – The Definitive Edition.

Rockstar Games, which launched GTA III 2 decades ago in October, took to Twitter to confirm the launch of the Grand Theft Auto: The Trilogy – The Definitive Edition, saying that it “will be coming to current generation platforms later this year”.

According to Tom Henderson, The GTA Trilogy Remastered is currently scheduled to be released on November 11th. Budgets have been allocated to various agencies for this date. 🙂

Officially, Rockstar has said only that the collection will release later this year for consoles and PC, followed by mobile in 2022.

Earlier this week, Retailer Base.com was the first to open pre-orders for The Definitive Edition collection and according to them, it’s set to be sold for $70 / £70 on PlayStation 5 and Xbox Series X|S.

The PlayStation 4, Nintendo Switch and Xbox One versions of Trilogy are listed by the retailer with an RRP of $60 / £60. Rockstar is yet to confirm official pricing details.

In honour of the upcoming remastered versions, existing versions of the games will be removed from digital retailers in the coming week.

The company has refused to divulge more details about the upcoming remastered edition, stating it will share more about the much-hyped upcoming edition in the “coming weeks”.

Special content, including liveries, commemorative clothing, and special gear, will be making its way to Grand Theft Auto: Online, throughout upcoming events this Fall season, as part of the 20th-anniversary celebrations for GTA III. According to the makers, the upcoming events could also feature “unusual activity occurring in and around Southern San Andreas”.