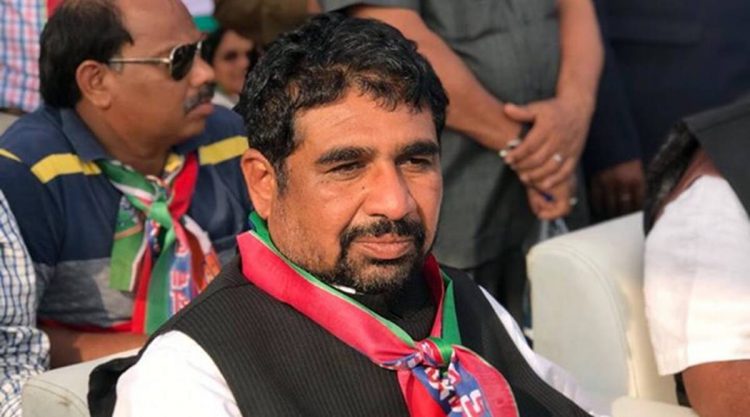 THE BHARATIYA Tribal Party (BTP) on Saturday announced that it will contest the upcoming local body elections in the state with Asaduddin Owaisi’s All India Majlis-e-Ittehadul Muslimeen (AIMIM).

BTP national president Mahesh Vasava, who is also the party’s MLA from the Dediyapada constituency in Narmada, said, “We had a bitter experience with the Congress, which did not support us in the Dungarpur district panchayat and nine taluka panchayat elections in Rajasthan. After the Rajasthan experience, I had a formal talk with Owaisi on phone four days ago. I put forward a proposal to form a coalition with AIMIM for the upcoming local body polls in Gujarat, which was accepted by him.” The local body elections in Gujarat will be held next year.

Accusing the Congress of double-dealing, Vasava said, “We have seen the two-facedness of the Congress. They had not supported our candidate in the Dungarpur district panchayat elections when we were short for one vote to reach the majority mark of 14 and get elected as the zila pramukh. The Congress had supported the BJP and gained power in Dungerpur. We also found that lot of Muslims had voted us in the local body polls in Rajasthan.” The BTP-backed Independents had won 13 of the 27 seats in the Dungarpur Zila Parishad, while the BJP and the Congress won eight and six seats respectively.

Vasava said he will meet Owaisi in Hyderabad or Delhi soon to discuss ways to jointly move ahead in Gujarat. “Our party will also contest upcoming Assembly polls in West Bengal,” he said.

In June, Mahesh and his father Chhotu Vasava, BTP founder and MLA from Jhagadia constituency in Bharuch, had abstained from voting in the Rajya Sabha polls, thus paving the way for the BJP’s victory on three of the four seats. Congress leader Shaktisinh Gohil’s won one seat.

On Saturday, Chhotu Vasava also tweeted the party’s decision to form a coalition with the AIMIM for the local body elections in Gujarat. “We supported the Congress to form government in Rajasthan with our two MLAs but in the recently concluded local body elections in that state, the Congress cheated us by not supporting our party to come into power in nine taluka panchayats and one district panchayat (Dungarpur). Our party contested taluka panchayat and district panchayat elections in four districts in Rajasthan — Dungarpur, Banswada, Pratapgarh, and Udaipur. Our party gained a majority in five taluka panchayats (TP) in Dungarpur, one TP in Banswada, while in nine TPs our party was near to the majority mark. If the Congress would have supported us, we would have gained power in all 15 TPs and two district panchayats,” he told The Indian Express.
Accusing the BJP and the Congress of being “two sides of the same coin”, Chhotu Vasava said the two parties “don’t want prosperity and upliftment of tribals, minority, SC/STs and OBCs in the country”.