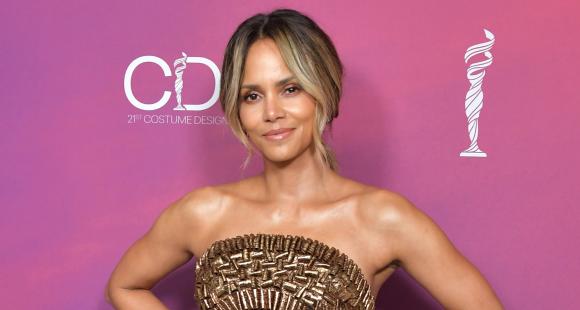 Halle Berry recently took to Instagram and shared an adorable video with boyfriend Van Hunt. In the video, the duo can be seen dancing in their underwears.

Catwoman actress Halle Berry is getting into the Valentine’s Day mood! The 54-year-old Oscar-winning actress took to Instagram and shared an adorable video with her musician boyfriend Van Hunt. The video featured the two dancing on a balcony, with both of them only wearing their underwear.  “You keep everything simple @vanhunt #valentinesdayweekend,” Halle wrote along with the below video.

If you didn’t know, Halle and Van have been quietly dating for several months now. The couple made their relationship Instagram official back in September 2020, through lots of sly Instagram posts. Many fans got curious about who Berry’s mystery man is from her IG posts.

If you missed it, Halle Berry’s social media has been buzzing with activity, the actress recently warded off trolls who suggested she “can’t keep a man.”  After sharing a meme which said “Women don’t owe you sh-t,” it was natural that many trolls graced the comment sections, Halle responded to a bunch of the comments on the post, including some from trolls. “With all of your accomplishments, fame, beauty, it seems, as if, you CAN’T keep a man,” one person said. Halle responded, “Who said I wanted to keep them? I’m all about living your best life, if you make a wrong move, course correct and re-spin and start again!” Another person left a similar comment by saying, “Says the women who can’t keep a man.” Halle responded to that one by saying, “Who says I wanna keep the wrong man? cuz…..I don’t.”