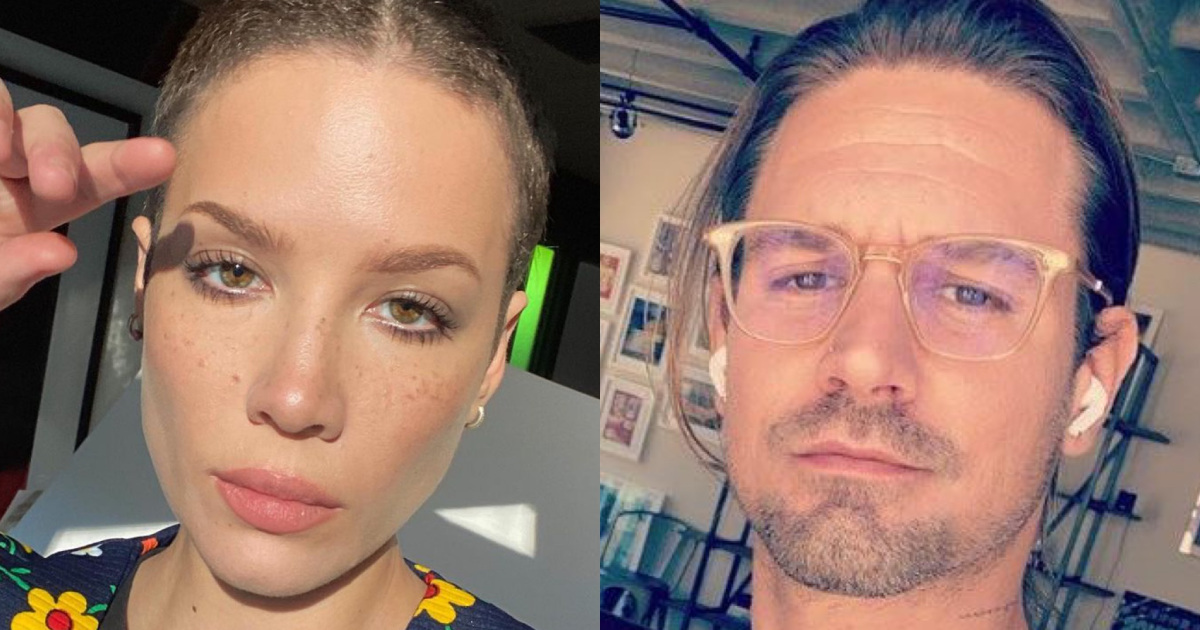 Over the moon! Halsey and her new boyfriend, Alev Aydin, gushed over their unborn baby after the pop star announced her pregnancy with their first child together.

“Heart so full, I love you, sweetness,” Alev commented on the “Without Me” singer’s pregnancy announcement. “I love you! And I love this mini human already!” Halsey, 26, responded.

The New Jersey native (real name: Ashley Nicolette Frangipane) revealed the exciting news via Instagram on Wednesday, January 27, by sharing a series of baby bump photos. In the first shot, Halsey wore a pair of baggy jeans and a crochet rainbow halter crop top while flaunting her baby bump. In the second and third photos, Halsey went topless and covered her chest with her hands as she put her pregnancy curves on full display.

“Surprise!” the “Bad at Love” singer captioned the pictures while adding a baby bottle, rainbow and angel baby emojis. While she did not share details about her unborn child’s paternity, In Touch confirmed Alev is the father.

Halsey and Alev have kept their relationship under wraps, but they were spotted out and about together during a trip to buy art supplies at Blick’s in L.A. in October 2020.

Alev works in Hollywood as a writer and producer. The Turkey native has worked on projects including Small Shots (2017), Controller and HipMen: Los Angeles (2017), according to his IMDB.

The “Eastside” singer has been open in the past about her struggle with fertility. In 2019, she tweeted and deleted a message to fans revealing she’s suffered three miscarriages in the past due to endometriosis, which is a disorder where tissue that usually lines the uterus grows outside the uterus, according to the Mayo Clinic.

In a January 2020 interview with Apple Music’s Zane Lowe, Halsey revealed she had been working with her OB-GYN, who said that with treatments and a healthier lifestyle, she should be able to have a healthy pregnancy in the future.

“I’ve been really open about struggling with reproductive health,” she said at the time. “For a long time, I didn’t think that that was something — that having a family was something that I was going to be able to do in an effortless manner. [Having a family is] very important to me.”