Home EntertainmentHollywood Halsey Recalls The Time She Had To Look S*xy & Cool Despite Ugly Breakup With G-Eazy!

Halsey Recalls The Time She Had To Look S*xy & Cool Despite Ugly Breakup With G-Eazy! 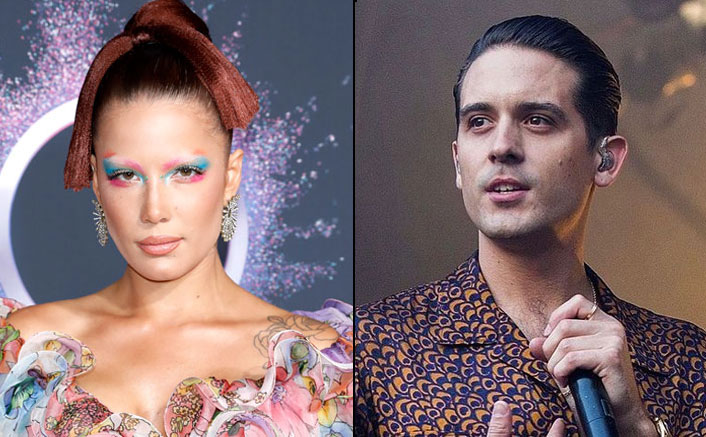 Singer Halsey has recalled how applying make-up before her shows helped her deal with her public break-up from rapper G-Eazy.

The American singer who dated the rapper for a year before parting ways in 2018, has unveiled her debut make-up brand. During a recent interview, she opened up about how she stopped herself from crying before going on stage following the end of her romance by “going to war” with make-up on, reports contactmusic.com.

“I was on tour and I had just gone through a really ugly and public break-up. I was crying and crying and crying. I was really embarrassed to have to go onstage and be s*xy, and cool, and empowering, knowing that every single person in the audience had probably just read some gossip tabloid about me,” Halsey said.

“I just took a big breath and just looked at myself and got ready – like I was going to war. And by the time I had my make-up on, I wasn’t crying anymore,” Halsey added.

Halsey, who does her own make-up, said she always tried to make herself “look different”, but through creating her own brand of make-up, she has learned to embrace her natural beauty.

“I think so much of make-up these days is about changing what you look like, or correcting things,” she said.

“Look, I love make-up as an art as much as the next person. I admire the tremendous amount of skill that it takes to do colour correction, but as someone who has spent a really long time trying to look different than I do, it was really relieving for me to be able to look at myself and go, hey, that’s your face. There’s nothing you can do about it. So you better love it, because that’s the one you got,” Halsey added.