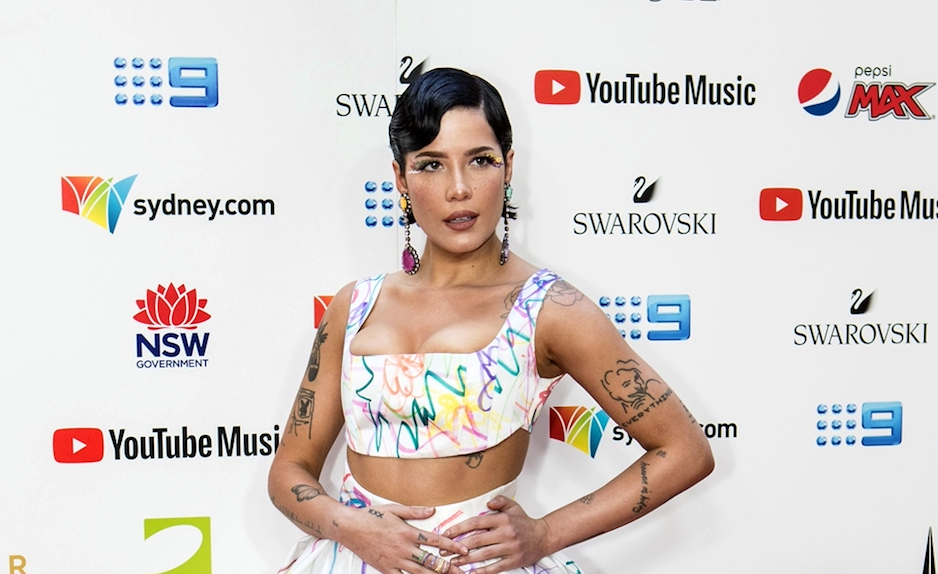 Gearing up for motherhood! Halsey coyly revealed her pregnancy cravings in a recent interview before sharing her baby news with boyfriend Alev Aydin.

“I can’t stop eating, I don’t know what’s gotten into me,” the “Be Kind” singer, 26, said during a virtual appearance on The Kelly Clarkson Show. Halsey hinted that she recently switched up her diet, but still had a major sweet tooth in the YouTube video that dropped on Tuesday, January 26.

“It’s kind of being home in the quarantine. I usually eat really healthy when I’m on tour,” the chart-topping performer added. “You know how this is, I was on tour for six years and all I was eating was grilled chicken breast and rice and spinach, and sometimes green room gummy bears. Since I’ve been home, I’ve had time to experiment with different snacks and I take it pretty seriously.”

The songwriter, whose real name is Ashley Nicolette Frangipane, revealed that her baking skills have been taken to the next level as of late. “I started making Rice Krispy treats, but without the Rice Krispies,” she dished. “I know that doesn’t make any sense, but I make them with other cereals. Like Fruity Pebbles treats, or like Cinnamon Toast Crunch treats. They’re so easy to make and they’re so good.”

Halsey went viral after announcing she is pregnant with her first child on Wednesday, January 27. “Surprise!” the “Bad at Love” songstress captioned her Instagram post along with a bottle, rainbow and angel baby emojis.

“Heart so full, I love you, sweetness,” her writer and producer beau commented on the post showing off her growing baby bump. “I love you! And I love this mini human already!” the New Jersey native replied.

Halsey and Alev have been very quiet about their blossoming romance, so fans were very excited to see them together during a trip to buy art supplies at Blick’s in Los Angeles in October 2020. Prior to that, she was romantically linked to musician Yungblud (real name: Dominic Harrison). Halsey was also involved with actor Evan Peters in 2019 and rumored to have hit it off with model Cara Delevingne in 2020.

Perhaps the expectant star will surprise us next with a gender reveal!

Back to Top
Close Add post
X
Kelly Dodd Says She Won’t Return to RHOC if Braunwyn Isn’t Fired, Accuses Her of Being “…GossipsKelly Dodd says she will not return to The Real Housewives of Orange County if Braunwyn Windham-Burke is asked back. Kelly has been in the hot seat th…

X
Vicki Gunvalson Says Lisa Rinna Looked Down On Her At Bravo Con Last Year And Sl…GossipsIt looks like Vicki Gunvalson has some bad blood with Lisa Rinna! In this brand new podcast episode, the RHOC star accused the RHOBH star of looking d…
close