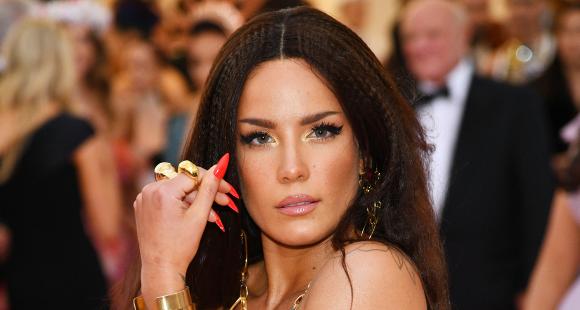 Singer and pop icon Halsey recently gave a glimpse of her pregnant life to fans as she shared a picture of the first sonogram of her future baby’s.

Halsey takes fans along her journey into pregnancy; Shares first sonogram of her baby

After announcing her pregnancy and taking fans by surprise, singer and icon Halsey is updating fans on her pregnancy with health updates. If you missed it, the 26-year-old Without Me singer announced earlier this week that she’s expecting her first child and now she has shared a photo of her sonogram. The sonogram that Halsey posted on Instagram showed the little baby’s feet.

Halsey shared the photos with the caption, “surprise!”, adding a milk bottle, baby and a rainbow emoji. Soon, fans and friends of the singer showered her with love and wishes. Halsey”s friend Taylor Swift showed her support by liking the picture. It wouldn’t come as a surprise if the Cardigan singer sends her some sweet gifts.

This will be the first child for Halsey and her boyfriend Alev Aydin. Aydin is a screenwriter who has worked on projects like Small Shots Turbo and Joey. He executive produced HipMen: Los Angeles. Aydin and Halsey have been for “several months” now.