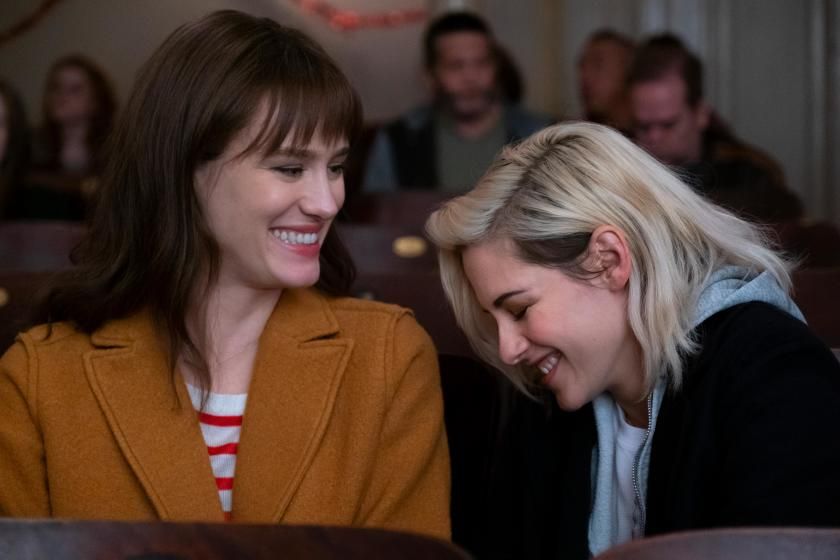 Sony’s “The Craft: Legacy,” Hulu’s “Happiest Season” and Netflix’s “Ma Rainey’s Black Bottom,” “The Old Guard” and “The Prom” were the wide-release films nominated for the 32nd GLAAD Media Awards on Thursday. The awards honor fair, accurate and inclusive representations of LGBTQ people and issues.

Emmy-winning television series “Schitt’s Creek” along with the comedies “Big Mouth,” “Dead to Me,” “Love, Victor, “Sex Education,” “Saved by the Bell” and “Superstore,” and the dramas “Star Trek: Discovery,” “Killing Eve,” “The Umbrella Academy,” “Vida” and “Supergirl” were also among the expanded lists of TV nominees announced on TikTok.

Six of the projects noted were produced by GLAAD’s Vito Russo Award recipient Ryan Murphy, whose nominated works include “The Prom,” “The Boys in the Band,” “Circus of Books,” “Hollywood,” “Ratched” and “9-1-1: Lone Star.”

“During an unprecedented year of crises and isolation, the nominees for the 32nd Annual GLAAD Media Awards reached LGBTQ people with powerful stories and inspired countless others around the world with bold looks at LGBTQ people and issues,” GLAAD President and Chief Executive Sarah Kate Ellis said in a statement. “As GLAAD continues to lead the fight for LGBTQ acceptance, this year’s nominees remind us that even in times of political and cultural division, diverse LGBTQ representation and visibility can enlighten, entertain, and create lasting change.”

The Hallmark Channel received its first nomination for its holiday film “The Christmas House,” which was the network’s first to star a gay couple. Streaming giant Netflix scored the most nominations of any network with 26. HBO Max followed with nine and Amazon, Hulu and HBO received four apiece. Disney+ and PBS each received three nominations.

Video games, comic books, print, broadcast and online journalism and several other media genres were among the 198 nominees listed across 28 categories on Thursday. The roster included two new categories: children’s programming and breakthrough music artist. The latter category recognizes LGBTQ artists “who have achieved a breakthrough in the music industry during the eligibility period and whose songs, music videos, or live performances have made a significant impact on LGBTQ visibility and acceptance.”

The organization, which started the GLAAD Media Awards in 1990, also expanded several categories from five nominees to 10 to acknowledge levels of diverse representation across media genres. The criteria used in the selection process analyze fair, accurate and inclusive representation of LGBTQ people and issues, boldness and originality, impact and overall quality, GLAAD said.

The winners will be announced in a virtual ceremony in April. Previous honorees including Murphy, singer Taylor Swift, screenwriter Janet Mock and actress Judith Light will be given their prizes on a separate date, the organization said.