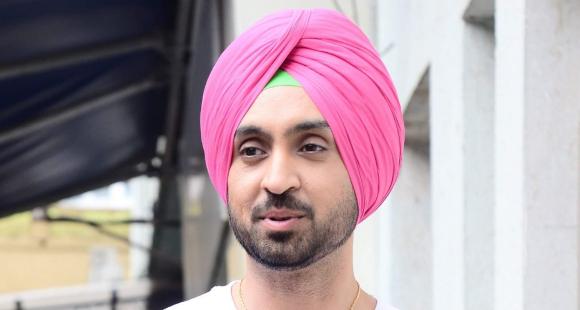 Diljit Dosanjh celebrates his 37th birthday on January 6, 2021. He is known not only for his singing skills but also for his brilliant acting performances in movies.

Diljit Dosanjh is an inevitable part of not only the Punjabi film and music industry but also in Bollywood. The actor and singer has been able to win the hearts of the audience in no time with his stellar performances in movies and mesmerizing musical numbers. For instance, we literally fell in love with him when he crooned ‘Ik Kudi’ for the film Udta Punjab and were left in splits after having seen his stint in the comedy-drama Good Newwz.

This multitalented personality turns a year older on January 6, 2021, and we are pretty sure wishes have been already showered on him through social media. Apart from his acting and singing skills, Diljit is also known for her hilarious social media posts. Yes, that’s right. Many times, the Do You Know singer sent the fans into a frenzy and left them in splits with his funny posts on social media that went viral all over the internet in no time.

Check out some of his hilarious posts below:

The singer and reality show judge made everyone go ROFL with a meme that he shared which was related to relatives. He shared a quirky photo of himself while hilariously trying to explain how excited everyone gets when a relative offers them money.

There was this one time when the Punjabi star shared a hilarious post on his personal handle that was related to workout videos shared by celebs on social media. He could be seen holding a placard stating ‘stop posting your home workouts’ in a morphed picture that once again went viral immediately.

The morphed picture with Ivanka Trump

If the previous two posts weren’t enough to leave us in splits, Diljit Dosanjh once photoshopped a picture of himself with none other than Donald Trump’s daughter Ivanka Trump herself. This also led to a hilarious meme fest on social media back then. Diljit Dosanjh often leaves hilarious comments on the posts on numerous celebs. Once, he left a funny comment on Wonder Woman fame Gal Gadot’s Instagram picture in which she was seen making a bowl of salad. The Punjabi singer hilariously asked her to make some ‘gobi wale pranthe (cauliflower-stuffed paranthas)’ for him that left the fans in splits There was one instance when Diljit went on to comment some funny stuff during a live Instagram session by Kim Kardashian. The hilarious part was that he posted the comment in Punjabi and the same was the case with Gal Gadot’s post. He asked Kim for the whereabouts of Kanye West in his comment.

Diljit is known to be a huge fan of Kylie Jenner. He once even shared an animated picture with her on Twitter. The singer had once reportedly admitted that the song Do You Know was actually meant for the reality show star.

Also Read: Diljit Dosanjh joins farmers protest in Delhi: Says “farmers have created a new history, Hats off to them’