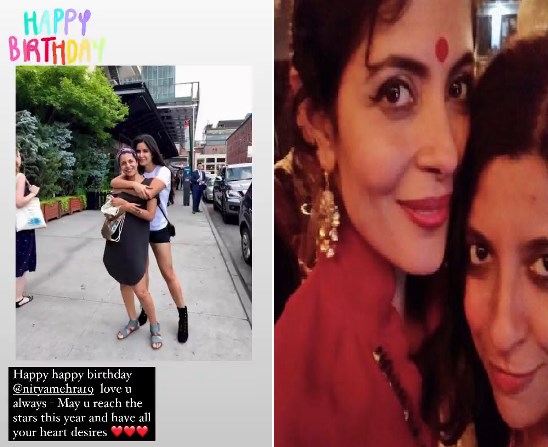 Actor Katrina Kaif and filmmaker Zoya Akhtar took to their social media profiles and wished Nitya Mehra on her Birthday.

Nitya Mehra is known for movies like Life of Pi, The Namesake, The Reluctant Fundamentalist, Baar Baar Dekho and more, turns a year older today and her close friends from fraternity shower her with good wishes.

Zoya Akhtar took to her social media profile and dropped a beautiful picture with Nitya and wrote, “Nitya and Me #happybirthdaybaby #lloveyou #irememberthisnight #maythisyearbebetterthanthelast #maywealwayshavebrighteyes”

Actor Katrina Kaif who led the cast of Nitya’s directorial debut Baar Baar Dekho, took to her social media and shared a story. It read, “Happy Happy Birthday @nityamehra19 Love you always – May you reach the stars this year and have all your heart desires”

On the work front, Nitya show ran, executive produced and directed a web series Made in Heaven aired on Amazon Prime Video, starring Arjun Mathur, Sobhita Dhulipala and Kalki Koechlin. The series is renewed for the second season.

She is one of the directors and writers of a film, Chand Mubarak which is part of anthology Unpaused, released on Amazon Prime Video in 2020. She got critical acclaim for this film.