Happy Birthday Prabhu Deva: 5 performances that proves he is more than just a dancer 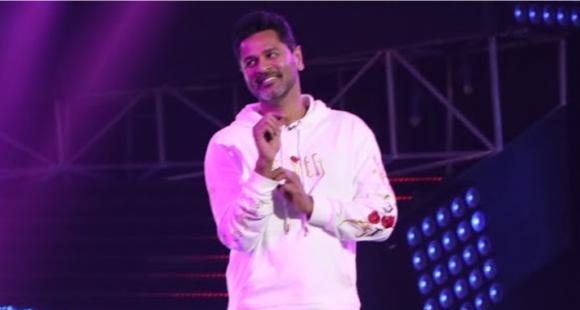 Prabhu Deva has turned a year older today and on his birthday we brought to you a list of his famous dance performances.

Happy Birthday Prabhu Deva: 5 performances that proves he is more than just a dancer

Prabhudeva or Michale Jackson of India is celebrating his birthday today and it is surely a special day. The ace choreographer has carved a niche for himself in the entertainment industry. Choreographed over 100 songs in his career, Prabhudeva is often looked upon as dance god. Prabhu Deva has his own fan following who adore his dance moves and tries to recreate them. And his popularity is not till Bollywood but it is till South industry. In fact he first started from South as a background dancer in the 1988 Tamil film Agni Natchathiram.

Prabhu is inspired by his choreographer father Mugur Sundar and learned Indian classical dance from Dharmaraj and Udipi Lakshminarayanan. In 2010 he started a dance academy named Prabhudeva”s Dance Academy in Singapore. Having a successful professional career never ensures that you will have smooth personal life. His married life has always been in the headlines. Prabhudeva married Latha and welcomed three children. But the couple lost their eldest son to Cancer in 2008. But his relation with South actress Nayantara was questioned.

He was in living relationship with the actress which his wife never approved and filed a petition against him for living in with Nayantara. Though Prabhu Deva had never spoke on the issue ever but after many trouble south actress Nayantara broke relationship with him. Prabhu Deva has also acted in few films– Humse Hai Muqbala, Pukar, Shakti: The Power, ABCD – Any Body Can Dance, Boss and many more.

However, on his birthday we have compiled a list of dance performances that prove there is no one like Prabhu Deva: In the film, Prabhu Deva shaked legs with Madhuri Dixit who is herself such a good dancer. Both danced really well making the song hit. The film Pukar which also stars Anil Kapoor is more popular for the song Kay Sera. The most popular and iconic dance of Prabhu Deva Muqabala Muqabala is still fresh in the mind. He danced like a pro and established himself as the best dancer of the century. Prabh Deva’s iconic dance got new version in Street Dancer. Both Prabhu and Sonakshi shake legs on the popular song Govinda Ala Ala Re. They looked and danced really well. The hit song from the film Hum Se Hai Muqabala is again popular among masses. Youngsters still love to dance on this song. The dance of the song is still fresh in the mind. He danced to the title song with youngsters. It was a pleasure watching him dance with the same energy.

Also Read: Prabhudheva secretly tied the knot to his physiotherapist at his Mumbai residence?