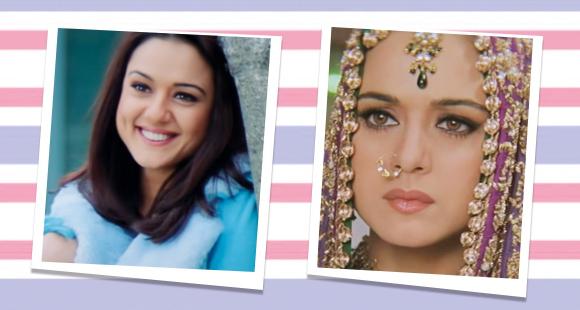 On the occasion of Preity Zinta’s 46th birthday today, we bring you her five terrific roles that speak volumes about her versatility as an actor and are still loved by her fans.

There are very few actresses who manage to remain in the spotlight despite not actively working in films. One such star is the dimpled beauty, Preity Zinta. After wooing the audience for many decades, the Kal Ho Na Ho star is currently on a break and is enjoying her married life with husband Gene Goodenough. The stunning actress had made her impressive Bollywood debut with Mani Ratnam’s 1998 film Dil Se opposite Shah Rukh Khan and Manisha Koirala. Though she was seen in the supporting role in Mani Ratna’s directorial, her performance was noteworthy.

Following the same year, Preity bagged the role of the leading actress in Soldier opposite Bobby Deol. The film earned her fame and after this, there was no looking back as she went on to deliver many super hit films. To note, the stunner was later recognised for her role as a teenage single mother in Kya Kehna. She subsequently established her career as a leading actress in Hindi cinema with a variety of character types. The Kabhi Alvida Naa Kehna star has many blockbusters to her credit namely Kya Kehna, Sangharsh, Chori Chori Chupke Chupke, Dil Chahta Hai, Kal Ho Naa Ho, Koi… Mil Gaya, Veer-Zaara to name a few.

Born on 31 January, 1975 in Shimla, Himachal Pradesh, the dimpled actress ventured into modeling after completing college. She was supposed to make her screen debut in Shekhar Kapur’s Tara Rum Pum Pum opposite Hrithik Roshan, but it later got shelved. Kapur then recommended her for director Mani Ratnam”s Dil Se and that’s how she stepped into Bollywood.

As Preity Zinta has turned a year older today, we have compiled her five iconic characters that will be forever etched in the hearts of her fans. Take a look.

At the very beginning of her career, Preity Zinta blew us away with her terrific performance in Kundan Shah’s Kya Kehna. In the film, she played the character of Priya Bakshi, a teenage girl who becomes a single mother. The movie depicted her struggles as she decided to give birth despite getting rejected in love. Priya embraces her pregnancy against the unwelcoming response and insults hurled upon her by society. The film earned her a Filmfare Award for the Best Actor in the Leading Role. This is one of the memorable roles of Preity Zinta. Helmed by Tanuja Chandra, the film saw the actress in the role of CBI Officer Reet Oberoi, who takes the charge to find the culprit behind a series of child abduction cases. In order to nab the culprit, Reet seeks help from a prisoner, an unjustly implicated genius by the name of Professor Aman Verma (Akshay Kumar). At multiple stances, in the film, Reet Oberoi’s brilliant stint has given the audience goosebumps. The character of Naina Catherine Kapur from Kal Ho Naa Ho is one of the most celebrated roles played by Preity. Naina is a pessimistic, uptight MBA student, who lives in New York with her widowed mother Jennifer Kapur, her disabled brother, her sister and her paternal grandmother. Her life is dull and overshadowed by her father’s loss until Aman Mathur (Shah Rukh Khan) and his mother move in next door with his uncle. Aman did not just make Naina learn how to live life to the fullest but also made her believe in love. Preity Zinta played the role of the Pakistani woman Zaara Haayat Khan, who hails from a powerful political family. Her bubbly character won many hearts and is among the most iconic roles that she has played in her career. The film showcases how a Pakistani girl and an Indian Air Force pilot (Shah Rukh Khan) met by chance and fall in love. It showed how both of them sacrificed their lives for each other.