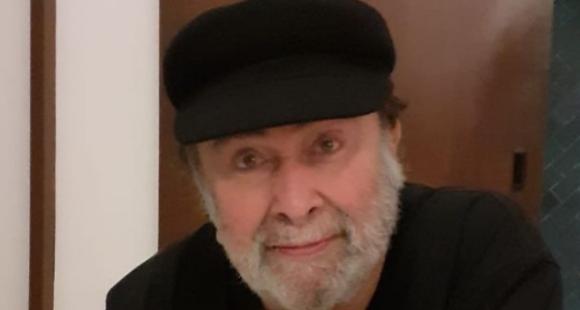 Randhir Kapoor celebrates his 74th birthday on February 15, 2021. Meanwhile, check out some of his family photos.

Randhir Kapoor has been an inevitable part of Bollywood just like the rest of his family members including late Rishi Kapoor and Rajiv Kapoor. The veteran actor has been a part of numerous movies most of which were declared hits at the box office. Born in 1947, Randhir Ji is lovingly called Daboo Kapoor. Meanwhile, the actor hasn’t been outspoken like most of his family members. It was only last year when he opened his own official Instagram handle.

As soon as the veteran actor made his debut on Instagram, he made sure to share some endearing family photos in the same. Most of these pictures scream nothing but love! As Randhir Kapoor turns a year older today, have a look at some of his throwback pictures with Kareena Kapoor Khan, Karisma Kapoor, Babita Kapoor, Taimur Ali Khan, and others. Amongst them are a few childhood pictures of Bebo and Lolo which are hard to miss.

Randhir Kapoor was born on February 15, 1947, to Raj and Krishna Kapoor. He made his debut in Hindi cinema as a child artist back in 1955 with the movie Shree 420. The actor later made his acting debut with Kal Aaj Aur Kal in 1971. Since then, the veteran star has been a part of multiple movies. Meanwhile, his family members already organized a party ahead of his birthday yesterday night. Attending the bash were the likes of Kareena Kapoor Khan, Saif Ali Khan, Karisma, and her kids, Aadar Jain, Tara Sutaria, Alia Bhatt, Ranbir Kapoor, and others. For the uninitiated, Randhir Kapoor”s brother and actor Rajiv Kapoor left for his heavenly abode a few days back leaving everyone deeply saddened.