Happy Birthday Rani Mukerji: From Reporter to Police Officer; 5 roles that showed her versatility as an artist 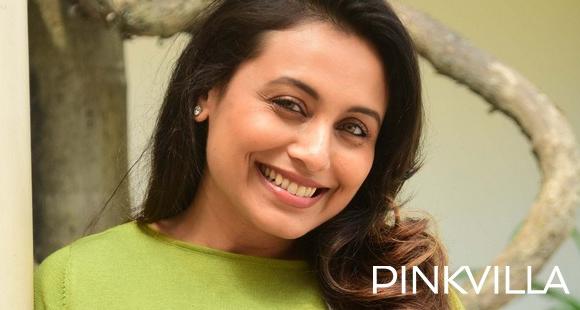 Rani Mukerji is celebrating her birthday today. She has a huge fan following. Today, let’s take a look at her off-beat roles

Rani Mukerji is a highly acclaimed actress in Bollywood. She is known for her realistic acting. The popular actress of the mid-90s and 2000s still has a special place in our hearts. Viewers have seen her donning different hats in every role that she has performed on-screen. And today, she has turned 43 and is celebrating her birthday. But Rani Mukerji is still going strong in her career. She took a sabbatical after her daughter was born but bounced back with Mardaani 2 which was released in 2019.

Born in Kolkata, Rani Mukerji is the daughter of former film director and one of the founders of Filmalaya Studios. Her mother Krishna Mukherjee is a former playback singer. Kajol is her cousin. However, not many know that Rani is a trained Odissi dancer. Rani had made her debut in acting with 1996 Bengali film Biyer Phool. Later in the same year, she made her Bollywood debut with Raja Ki Aayegi Baraat. But became popular with the 1998 film Ghulam in which she was paired opposite Aamir Khan. She became an overnight star with Karan Johar”s Kuch Kuch Hota Hai.

The actress married YRF Head Honcho Aditya Chopra in 2014 in Italy. They are parents to Adira Chopra, who was born in 2015. They both consciously keep their personal life away from media and public glare.

In her long career, Rani Mukerji performed many roles such as a journalist in No One Killed Jessica, police officer in Mardaani, lawyer in Veer Zaara, an inspiring teacher in Hichki, etc. She never let one genre define a career. She has always been a versatile actress. She will be seen in Bunty Aur Babli 2, directed by Varun V. Sharma and will be produced by Aditya Chopra. It is a sequel to the 2005 film Bunty Aur Babli. The film also stars Saif Ali Khan, Siddhant Chaturvedi and debutante Sharvari Wagh.

Take a look at her different roles which she performed in her career:

1. No One Killed Jessica: Rani essayed the role of a journalist In Mardaani, she essayed the role of CBI Officer Shivani Shivaji Roy, who is after the villain Karan Rastogi (Tahir Raj Bhasin), who runs a cartel involved with human trafficking and drugs. At every step, he challenges Shivani and asks her to find him. And being a fearless, no-nonsense cop that she is, Shivani finally busts a huge trafficking racket involving teenage girls. Sanjay Leela Bhansali’s film Black featuring Amitabh Bachchan and Rani Mukerji in lead roles is one of the most loved films. Released in 2005, it tells the story of Michelle McNally, a deaf-and-blind woman, and about her bond with her teacher Debraj Sahai, an elderly alcoholic teacher who later develops Alzheimer’s disease. The film was praised for Big B and Rani’s performances. Naina Mathur, played by Rani Mukerji, is seen suffering from Tourette Syndrome. It is a neurological syndrome that involves the patient making repetitive movements or unwanted sounds that can’t be controlled. Rani’s character is well aware of her condition, but it does not let her affect her life and aspires to become a teacher. And then begins her quest to prove herself in a world which constantly questioned her potential because of her disability.

Also Read: Rani Mukerji to ring in her birthday with fans before celebrating with her family; Says ‘I look forward to it’