Home EntertainmentBollywood Happy Birthday Salman Khan: 5 upcoming films of the Dabangg hero to watch out for

Happy Birthday Salman Khan: 5 upcoming films of the Dabangg hero to watch out for 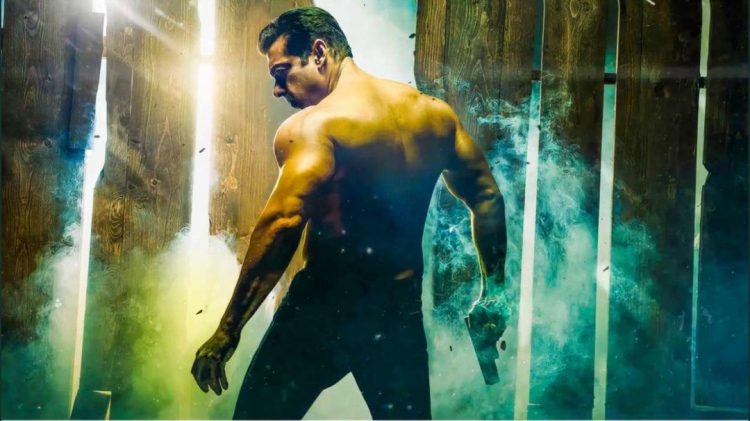 The year 2020 has made many of us realise that good content can be consumed on smaller screens too. But for a die-hard movie buff, there is nothing that comes close to the experience of watching movies where they belong — in the theatres.

Today, on December 27, the Bollywood superstar Salman Khan is celebrating his 55th birthday. Usually, the universally acclaimed Salman “Bhai” releases two or three films in a year and hits the box office with the 100-crores figure. However, this year not a single film of his has been released due to the pandemic and shut of the theatres, which has brought a lot of disappointment amongst his fans.

But gradually with social distancing norms, the theatres are opening up and many movies are releasing. Hopefully, we will get to watch some masala packed films of the Dabangg Khan in the theatres real soon.

Here is the list of  Salman Khan’s Upcoming Movies in 2021 and 2022 along with the release dates and the star cast.

Radhe – Your Most Wanted Bhai

If you’re reading this, then you must be a fan of Salman Khan movies surely. Even if not, everyone would know that Radhe from Wanted was one of his most popular characters. In the upcoming Prabhudeva-directorial that pairs the superstar with Disha Patani, Salman’s character goes by the same name. The film was supposed to release on Eid 2020 but got postponed due to the pandemic. Trade now assumes that the movie may release on Eid 2021, i.e May 12. The other actors who would be seen alongside are Randeep Hooda and Jackie Shroff.

Antim: The Final Truth is the official remake of the 2018 successful Marathi film, Mulshi Pattern. Just like the original, Antim: The Final Truth also will focus on the hardships faced by farmers who sell off their lands to builders and how, due to lack of knowledge about savings, slip into poverty. Aayush Sharma plays the lead in the film. Salman is expected to have an extended special appearance, of around 30-40 minutes. The film will be the second release of Salman Khan next year, along with the much-awaited flick Radhe – Your Most Wanted Bhai.

Salman Khan will be seen opposite Pooja Hegde in Kabhi Eid Kabhi Diwali. This film is a remake of Ajith starrer Veeram. The makers had bought the rights to the Tamil film and were planning to make it. However, they have tweaked the story a bit to suit the title and the pan-India audience. It’s got a very emotional Hindu-Muslim angle to the film and is a story about four brothers. The film also stars Aayush Sharma and will hit the screens next year on Eid.

Kick 2, starring superstar Salman Khan, will release in December 2021, director Sajid Nadiadwala has revealed. Nadiadwala on Jacqueline Fernandez’s birthday this year announced that she would be playing the lead opposite Salman Khan, which is the sequel to the 2014 blockbuster Kick.

Salman Khan is collaborating with his brother Sohail Khan for the movie titled Sher Khan. This would be the fourth collaboration of Khan brothers. Reportedly, Sher Khan is a Tarzan-inspired movie with lots of jungle adventure. Salman would be seen in a never-seen-before action avatar with plenty of animals for the company. Reportedly, the movie, scheduled to kickstart in 2020, is now pushed to 2022. Salman Khan was all set to start Sher Khan this year, but now he has reportedly given the dates to Sajid Nadiadwala for the movie Kabhi Eid Kabhi Diwali.