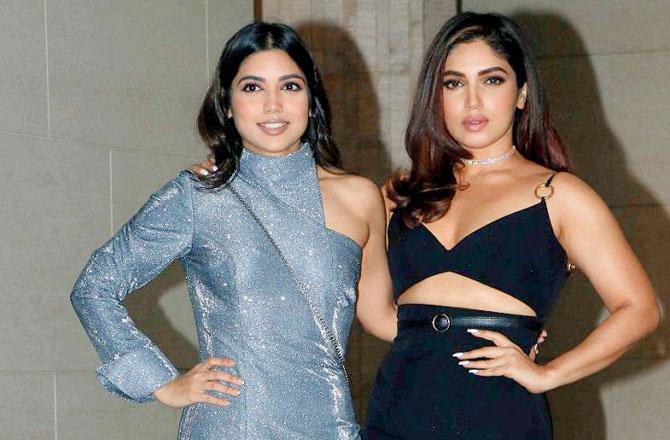 Bhumi Pednekar has taken off with lawyer sister Samiksha to Dubai for a year-end break. They will be missing mom Sumitra Hooda as she is not accompanying them. “We don’t want to take a risk given the pandemic,” says the actor. Well, that is a wise call.

Speaking about Bhumi Pednekar’s professional journey, the actress stunned everyone with her latest stint in Durgamati. The actress played a character who is possessed. Sharing her journey with the audience, Bhumi was quoted saying, “While shooting a horror film, you have to bank on your imagination to a large extent because often, you have not even seen the things that you are expected to respond to. An actor is supposed to anticipate the situation. For a [major part] of the film, I was simply shooting against a green screen because it is VFX-heavy.”

Shilpa Shetty Kundra and Raj Kundra have winged their way to Goa for a holiday. They took off on a chartered flight with family.

Shilpa Shetty Kundra, on the work front, will be next seen in Nikamma, which will be a comeback film for the actress. She will be sharing the screen space with Shirley Sethia and Abhimanyu Dassani. The actress also has Hungama 2 in her kitty.

Sharing her travel story, she also posted a video on Instagram, with sister Shamita. Take a look!