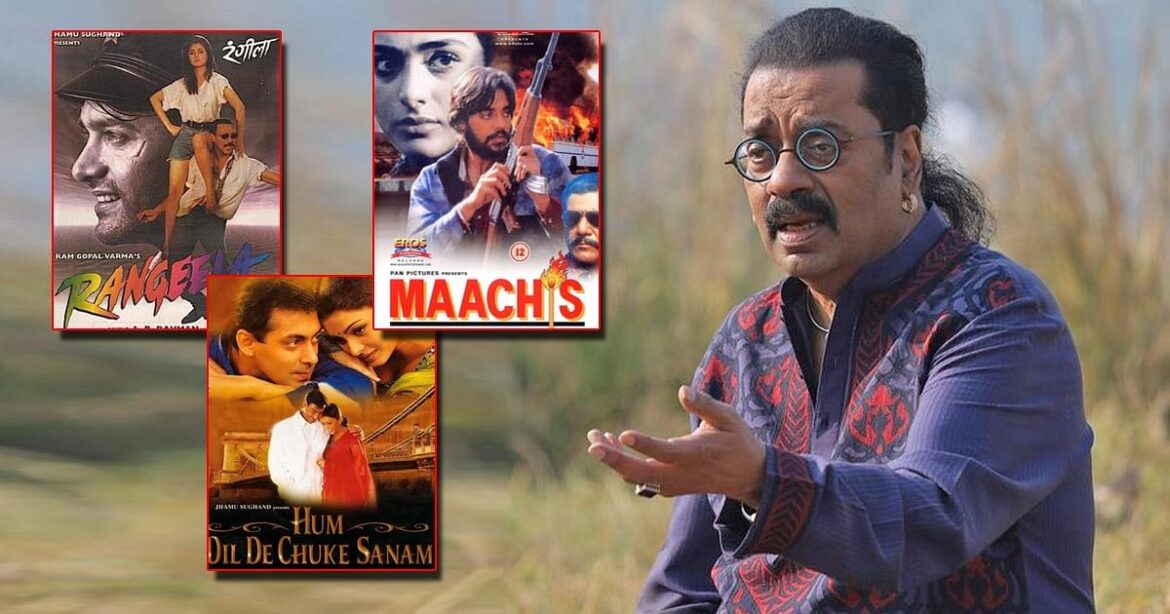 There is a thing about the ballads from the 90s and early 2000s. They spoke to hearts at levels way higher. And if there is one voice that made a few of them that will stay with us forever is that of Hariharan’s. The name itself reflects the music, and I can see some of you already humming Ae Dil Laaya Hai Bahaar.

Imagine it’s a weekend, you get up, make yourself that cup of tea, switch on the radio and Tu Hi Re kicks in. Nostalgia! that’s Hariharan For us 90s kids. The man has defined ballads for a generation, and there is no way anyone could replace the soothing vibe he created with his songs. The man celebrates his birthday today. So as I listen to Chod Aaye Hum while I write this, let’s celebrate love, nostalgia, longing, and all that followed. Let’s celebrate Hariharan.

As cliché as it may look to begin the list with the most popular Hariharan song, I cannot imagine myself writing about the man without talking about this track from Rangeela first. A track that houses sensuality, love, music and thrills all at the same time. This was AR Rahman entering Bollywood and Ram Gopal Varma at his artistic best. Add the veteran singer couple with Swarnalatha, and magic is created.

Gulzar Sahab, at his loving best, wrote a poem about a lover remembering his girl sitting in lands far away. Vishal Bharadwaj composed the music and decided to bring Hariharan and Suresh Wadkar to sing it. If you haven’t been fortunate enough to have heard this gem from Maachis; just read out loud the names mentioned above and imagine the brilliance they collectively hold.

I would suggest you watch Bombay once just to observe the music and background score by AR Rahman. Indeed a milestone for music in the Hindi film industry, and cinema in general. And how can Hariharan not be a part of a milestone from the 90s? Tu Hi Re is the poem of longing, heartbreak and love. If there is one song after Hai Rama that gave the singer recognition on shores far away, it is this one.

Sanjay Leela Bhansali’s Hum Dil De Chuke Sanam is a cult, but sadly Jhoka Hawa Ka never received the audience it should. Hariharan, in the lyrics penned by Mehboob and composed by Ismail Darbar, sings a love letter asking the beloved if she still misses him. A haunting number with beads beaded in a heart-aching string of music and haunting vocals by a legendary singer.

No one can ever deny the fact that Farhan Akhtar directorial Lakshya changed the course of Bollywood for good. Redefining the genre, Lakshya not only broke stereotypes but set new goals. Amid all of that was a gem of a song sung by two of my favourite singers Hariharan and Sadhna Sargam. Kitni Baatein penned by Javed Akhtar also belongs to the heartache club, and can instantly make you feel the lost love.

Must Read: Amitabh Bachchan Gets The First Jab Of COVID-19 Vaccine, “All Family Done Except Abhishek”

‘We love digital distribution because it democratises filmmaking’: Russo Brothers