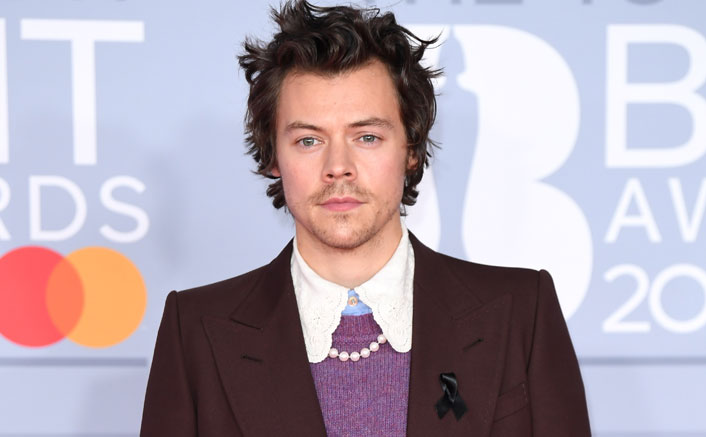 Watermelon Sugar singer Harry Styles is currently under all the radar. Thanks to his dating rumours with actor-filmmaker Olivia Wilde. The duo is currently working together in Don’t Worry Darling, that also stars Dakota Johnson and Florence Pugh. Their recent wedding outing witnessed them holding hands and fans cannot keep calm ever since.

For the unversed, the One Direction singer recently attended his manager’s wedding. The ceremony took place between only 16 people, owing to the current pandemic situation. However, Harry took Olivia as his plus one and also reportedly introduced her as his ‘girlfriend.’ If that isn’t enough, they were spotted hand in hand at the celebrations.

Amidst all the buzz, it is Harry Styles’ old interview about dating an older woman, that is going viral like a wildfire. The Dunkirk actor had mentioned that he finds no women to be ‘old’ unless they match the age or are older than his mother.

This interview is from 2012 when Harry Styles was 26 and his mother was 43. In a conversation with You magazine, the One Direction singer was asked: “How old [of a woman] is ‘too old’ to date?”

To this, Harry answered, “Any woman older than my mum Anne — who is 43.” Well, that seems to be the reason why the singer has been more than happy dating women older than him. From the late Caroline Flack to his recent ex Camille Rowe and now, Olivia Wilde – there remain n number of examples.

Meanwhile, it is being said that James Corden have been helping Harry Styles and Olivia Wilde keep their romance a secret. The couple has been residing at his home near the Palm Springs while shooting for Don’t Worry Darling.

Are you happy for Harry? We’re super jealous!

Must Read: Gwyneth Paltrow Talks About Her Teenage Shenanigans, “I Got So Drunk At This Party…”