Harry Styles Skips The Shirt For His Grammys Debut 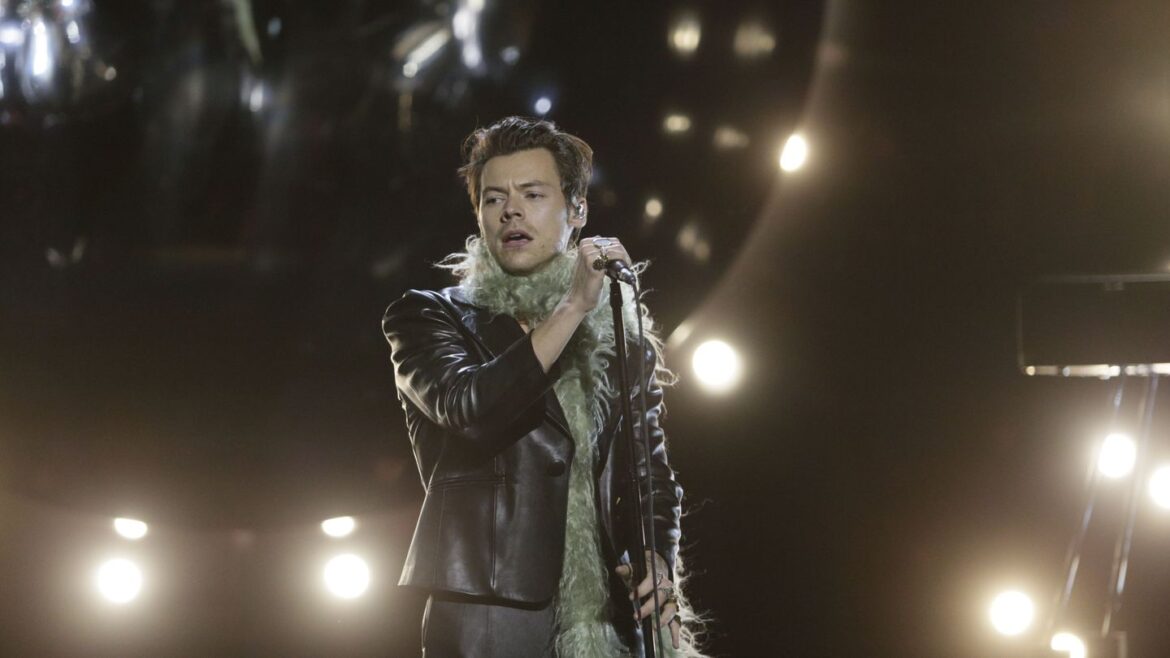 Who needs a shirt when you’re the opening act at the music industry’s biggest night? Not Harry Styles.

The sultry rock star set the tone for the night with a show-stopping performance at the 63rd annual Grammy Awards on Sunday (March 14). Serenading stans in a stunning leather tux — jacket open, sans the shirt — and a sage-green feather boa, Styles sang a spirited rendition of “Watermelon Sugar,” a feel-good single off Fine Line, his critically acclaimed sophomore album from 2020. It was his first time performing at the Grammys, but you certainly couldn’t tell by the way he commanded the stage.

Styles was nominated for three Grammy Awards this year: Best Music Video and Best Pop Solo Performance for “Watermelon Sugar” and Best Pop Vocal Album for Fine Line. It was his first time being recognized by the Recording Academy. As diehard One Direction fans will remember, the British pop group was never nominated for a Grammy despite having released chart-topping hits for five years before calling it quits.

This might have been Styles’s first Grammys appearance, but we’re hoping that the Recording Academy treats him with kindness and invites him back for more. Stay tuned for more coverage of the ceremony, and find the winners right here.

Samsung Galaxy A52, Galaxy A72 With Quad Rear Cameras Debut in India