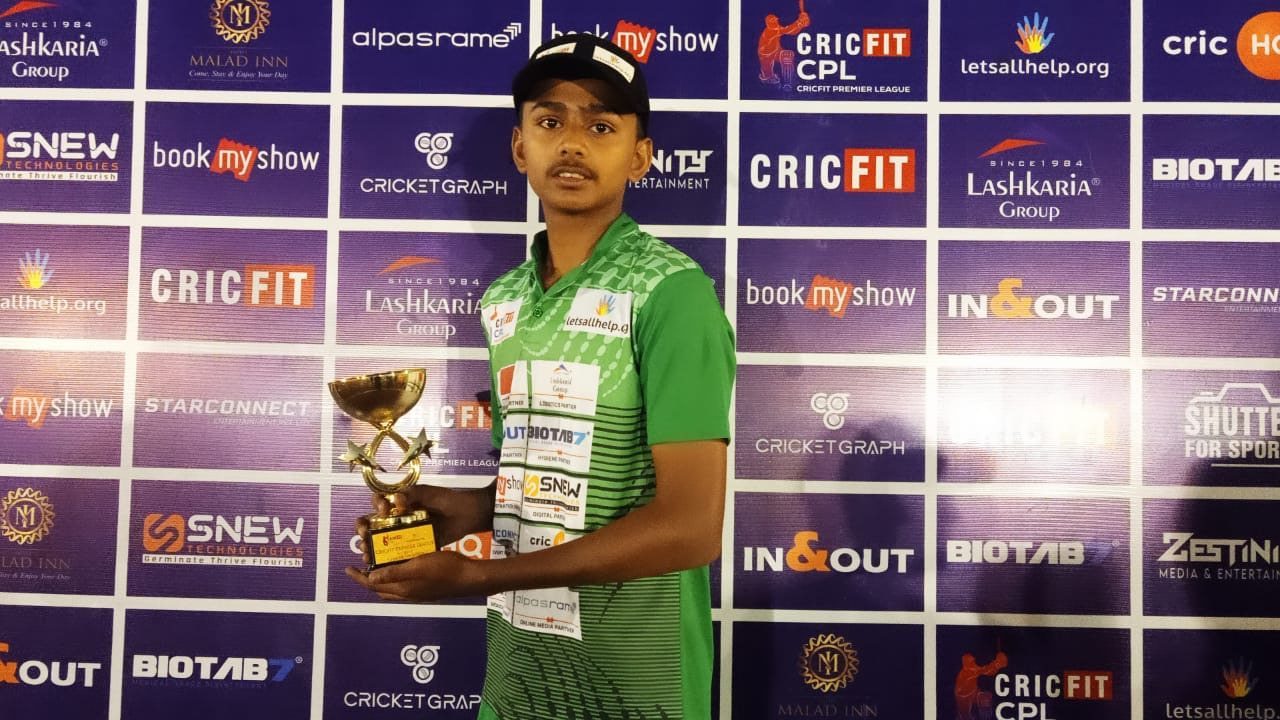 Cricfit Academy held their nerves to reach the U-14 finals of the inaugural edition of CPL beating VK Krishna Menon Academy by eight wickets at the Thakur Village Cricket Stadium in Kandivali. Harsh Aagav played a match-winning knock after the bowlers restricted VK Krishna for a paltry score of 93 runs.

Opting to bat first under the lights, VK Krishna Menon Academy never looked comfortable against the bowlers. Dihir Muchala drew the first blood in the fourth over removing Jay Vyas and once he got out wickets tumbled on in quick succession.

Aarav Malhotra and Kshitij Pal tried to steer the innings adding 17 runs for the third wicket before Dihir came back to remove Aarav to have VK Krishna Menon Academy at 36 for three. Kshitij tried his best to block one side playing 23 deliveries but Cricfit Academy chipped in with wickets from the other end.

Kshitij Pal chipped in with 14 runs – highest for the side while Hammad Karim and Muhammad Taha chipped in with two wickets each to contain VK Krishna Menon Academy for 93 runs at the end of 20 overs.

Chasing a moderate total, Hamza Khan gave Cricfit Academy a thumping start hitting two boundaries to set the tone for the run chase. VK Krishna Menon Academy tried to pull things back with two wickets in quick succession but Harsh Aagav ensured there were no more troubles in the run chase.

Harsh remained unbeaten on 39 runs off 35 deliveries which included six boundaries while Ashmit Kashyap played the second fiddle chipping in with 16 runs to take their side home with eight wickets in hand and five overs to spare.